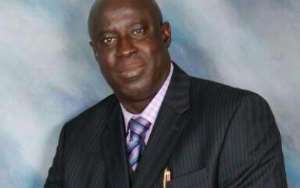 Former independent parliamentary candidate in Jomoro Constituency in the Western Region, Mr. Leo Kofi Armah Amenlemah, has advised losers in the just ended opposition National Democratic Congress parliamentary primaries not to run as independent candidates like he did in 2016.

Mr. Kofi Amenleman lost the NDC parliamentary primaries in the Jomoro to one Mr. Thomas Yankey in 2015 and immediately after his defeat, he raised a lot of concerns about the credibility of the results.

These concerns, however couldn't be resolved by the party at the national level, which subsequently forced him to defy the party and contested as an independent candidate.

He had accused the then Constituency Executives of rigging the results of the primaries in 2015 in favour of their preferred candidate, Thomas Yankey.

Their action, he said apparently forced him to run as an Independent Candidate in the 2016 parliamentary elections in Jomoro.

At the end, he was heavily defeated when he managed to poll just 1,652 votes.

The Jomoro parliamentary seat is currently being occupied by Paul Essien, an NPP.

The party won the seat for the first time in 2016 following years of disappointment since 1992.

It would be recalled that on January 8th, 2019 the former President and now the flagbearer of the party made it known in Jomoro that the party lost the seat to the NPP because their member (Leo Kofi Armah Amenlemah) contested as an independent candidate.

Mr. John Mahama said the biometric system introduced by the party in 2016 to elect its parliamentary candidates also caused harm to the party hence forced so many losers to go into the 2016 general elections as Independent Candidates.

Mr. Mahama used Jomoro Constituency as an example that the system caused them to lose the seat for the first time to the NPP.

He said the party lost the seat because the system allowed some unknown party members to take part in the process of selecting its candidate.

"In fact Jomoro was one of the seats in the Western Region NDC was occupying and lost to the NPP and what caused our defeat was the Independent candidate who came from our party because of the use of the biometric system which raised a lot of controversies in this Constituency and this was not only in Jomoro but the whole Ghana and the system caused us to lose more parliamentary seats in Parliament", he emphasized.

Following his defeat in the elections, Mr. Leo Kofi Armah Amenlemah re-joined the NDC in the area, but couldn't contest in the just ended parliamentary primaries due to modalities issued by the National Executive Committee (NEC) of the party.

They didn't allow disgruntled party members who defied the orders of the party, and had contested the 2016 parliamentary elections as independent candidates to file for the primaries.

He said he will therefore seize the opportunity to congratulate the winner (Dorcas Afo Toffey) for winning massively the just ended parliamentary primaries in Jomoro.

"I was willing to contest as Jomoro NDC parliamentary candidate but I will get another chance to contest in future. Everything happens for a reason" he observed.

The "Prodigal son" Kofi Armah Amenlemah consequently advised losers not to think about contesting the 2020 parliamentary elections as independent candidates.

He called on the defeated parliamentary aspirants to rather rally behind the winner to recapture the Jomoro seat for the NDC.

"I want everybody to support Dorcas Afo Toffey to win back the Jomoro seat. I don't want any loser to copy what I did in 2016", he emphasized.

He was optimistic that the NDC would recapture the Jomoro seat from the NPP in 2020.

He also urged the rank and file of the party to support John Mahama to win the 2020 presidential elections.

The current parliamentary primaries conducted to select a candidate to represent the party in the upcoming parliamentary elections in 2020 was held at Mpataba Basic School park and at the end, the delegates gave a landslide victory to the female contender, Dorcas Afo Toffey.

In all, 1,516 delegates making up the electoral college, voted for the three (3) aspirants that battled it out for the vacancy in the area which was supervised by Mr. Isaac Otoo, the Municipal Director of Electoral Commission (EC) in the Jomoro constituency and witnessed by the NDC's Western Regional Chairman, Nana Kojo Toku. The poll witnessed 11 spoiled ballot papers.