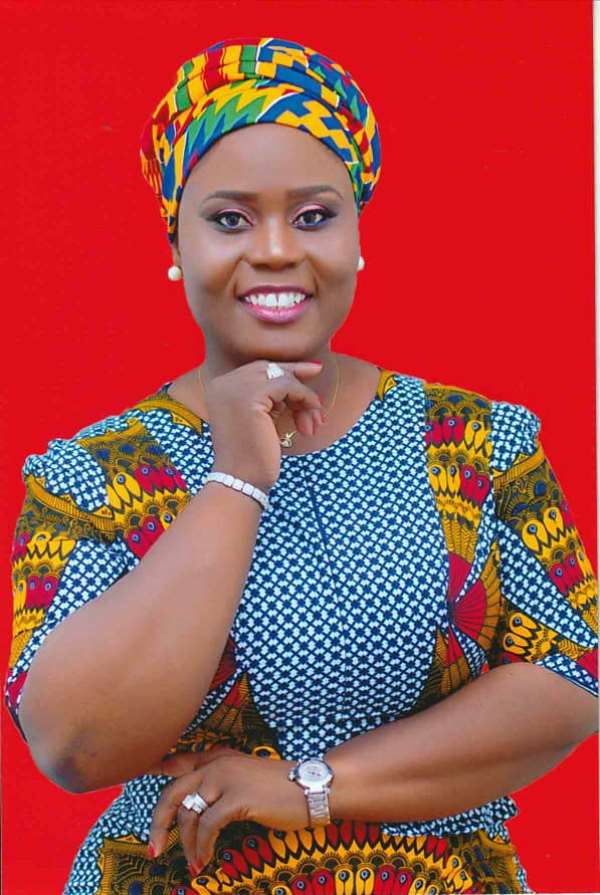 The opposition National Democratic Congress (NDC) in Jomoro Constituency of the Western Region has elected Dorcas Afo Toffey as their first ever female parliamentary candidate for 2020.

The party held its parliamentary elections on Saturday, August 24, 2019 in almost all the constituencies across the country.

In Western Region, the party conducted parliamentary primaries in six constituencies out of the 17 Constituencies.

However, Ellembelle where the former Petroleum Minister under John Mahama-led administration, Emmanuel Armah Kofi-Buah is seeking re-election, it had been put on hold with Mpohor Constituency.

The NDC in the Jomoro Constituency lost the seat to the NPP in 2016 for the first time in the political history of Ghana.

The election which was held at Mpataba Basic School park gave a landslide victory for the female contender, Dorcas Afo Toffey.

In all, 1,516 delegates making up the electoral college, voted for the three (3) aspirants that battled it out for the vacancy in the area which was supervised by Mr. Isaac Otoo, the Municipal Director of Electoral Commission (EC) in the Jomoro constituency and witnessed by the NDC's Western Regional Chairman, Nana Kwame Toku. The poll witnessed 11 spoiled ballot papers.

Speaking to the delegates after the polls, Dorcas Afo Toffey, who had the highest votes in the history of the party's parliamentary primaries in the area, expressed joy for the confidence reposed in her and promised to work closer with the losers.

She pledged her total commitment to liaise with the grassroots in order to build a united front to win back the seats and increase the presidential votes in the constituency in 2020.

She, therefore plead with all party faithfuls in the area including her main contestants to forge ahead in peace and unity and work hard to recapture the seat in 2020 elections.

On his part, the Western Regional Chairman of the party, Nana Toku thanked the delegates for comporting themselves before, during and after the polls.

He also seized the opportunity to urge all the losing teams and winning team to come together to work hard and reclaim the Jomoro parliamentary seat in 2020.

The Regional Chairman disclosed that all campaign teams must be abolished in the six Constituencies of the Region who had elected their 2020 parliamentary candidates on Saturday, August 24, 2019.

He said all campaign activities must be suspended to allow the Constituency Executives to handle all the required activities.

In an exclusive interview with the Deputy Constituency Communications Officer of the party, Emmanuel Benle, he told Daniel Kaku that their main focus was not on the party's parliamentary primaries but rather the Jomoro parliamentary seat.

He said the Saturday's primaries was a dress rehearsal for 2020 and therefore promised to unseat the NPP's incumbent MP, Hon. Paul Essien.

The controversial Deputy Communications Officer disclosed the current MP had failed to honour his 2016 campaign pledges.

He said since 2017 that the MP assumed office, he had not commissioned a single project in the Constituency.

He added that the only thing the MP was capable of doing was to use their Common Funds to build billboards to show to the Constituents that he was doing something.

He described the MP as the worst ever MP the Jomoro Constituency has ever had.

Emmanuel Benle charged the NDC members in the area to rally behind the newly elected parliamentary candidate (Dorcas Afo Toffey) to recapture the seat from the NPP come 2020.

He said the NDC has developed the Jomoro Constituency than any political party since 1992.

He mentioned the construction of good road network, connection of electricity, provisions of potable water, construction of a Secondary School at Ezinlibo (Annor Adjaye SHS), construction of classroom blocks at the Basic Schools, construction of CHP compounds among others. He believes that these achievements would let the Constituents to vote for the NDC in the area in 2020 for continuation.

He, therefore used the opportunity to thank the Jomoro District Police Command led by its Commander, DSP Zuphrim Zenge for providing massive security protection for the delegates and other observers.