Ultimate battle yet to be won;let's unite for victory-NDC Regional Organisers urges 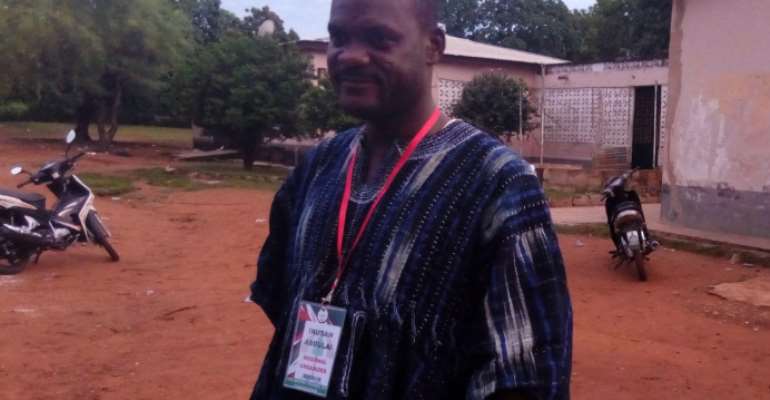 The Savannah Regional Organiser of the opposition National Democratic Congress(NDC), Mr.Inusah Abdulai has called on the rank and file of the party in the region to resolve all differences in the aftermath of the parliamentary primaries and unite forthwith for the bigger victory ahead.

Speaking with PAD FM's Ananpansah B Abraham after the declaration of polls,the field marshal disclosed that,the battle ahead is bigger and priceless than the battle won or lost now.

He said beyond the just ended primaries,the NDC is assigned a hefty task to emancipate the people of Ghana from the incompetent hands of the Nana Addo Danquah Akuffo-Addo led NPP government.

According to him,unity of purpose,even after,the palms and loses in the internal polls was crucial for the victory of the party in the 2020 general elections.

"We have reached the last step in our reorganisation crusade.I first and foremost wish to congratulate all candidates in the just ended election for the dogged devotion and tenacity of purpose.More power to your elbows for the peace loving and matured manner in which you conducted yourself.The NDC as a family has yet chalked another victory in our to bid to consolidate the democratic credentials of our country.I encourage all wining and loosing candidates to be magnanimous in victory and gracious in defeat respectively.We are one family.And it's a victory won for NDC.Let's immediately patch up our differences;for the battle ahead is bigger and priceless than the battle won or lost now,"he admonished.

The field marshal was optimistic that the NDC will win the 2020 elections and will need majority in parliament to run a smooth administration.

He further stated that, the NDC must retain all the six parliamentary seats it currently occupies in the region whilst,strategic measures are put in place to reclaim the Salaga South seat being occupied by the ruling NPP.

The declaration of polls yesterday,saw the incumbent Member of Parliament for Damongo constituency,who doubles as the Minority Spokesperson on Mines and Energy,hon.Adam Mutawakilu polling a convincing victory over his contender;a 46-year-old headmaster of Yagbum J.H.S,Mr.Yakubu Yussif Castro.

Incumbent Member of Parliament for Salaga North Constituency,hon.Alhassan Mumuni got the nod of delegates to represent the NDC to seek re-election,after he obtained a total of 308 votes translating to 86% of the certified valid votes cast to beat his only contender;Mr.Mohammed Abdulai who polled 50 votes representing 14% of the valid votes cast.