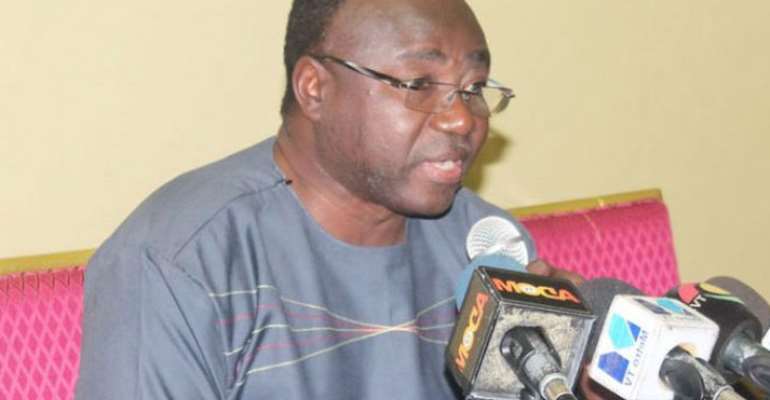 The perpetual front burner status of corruption in the country has been given a disturbing impetus by last week's disgraceful exposition of the Chief Executive Officer (CEO) of the Public Procurement Authority (PPA).

The social canker with tentacles in all facets of governance appears not to be responding to treatment being administered on it so far. Like it is with diseases, laboratory culture and sensitivity tests should precede the prescription of medication procedures which have not been sufficiently done.

It might be argued anyway that over the years, sociologists and other social scientists have undertaken this task already; the factors accounting for it being palpable. Be it as it may, the social contagion is not responding to treatment.

One can state somewhat that the dosage of attention is not enough to eliminate corruption to an appreciable level from the body of the country.

Corruption has built resistance to the current regime of treatment hence its appearance at places we could have betted our last cedi could not have taken place – PPA whose CEO has attracted highly revered awards is a case in point.

The Presbyterian Church of Ghana has rightly described the canker as a scourge about which it called on the authorities to act decisively to stem and stop lamenting.

The church's stance as contained in its communiqué at the end of their 19th General Assembly is critical and worthy of interrogation.

While we commend the Church for maintaining the subject on the front burner, we would deny it same for creating the erroneous impression that one segment of society, government, holds the ace for stemming the scourge as the Presbyterians label corruption.

Perhaps it is this notion which is providing corruption the oxygen for it to resist the treatment applied to it so far, of course, to no avail.

'Let Christ Be Formed In You' is such a wonderful theme of the Church's General Assembly in our estimation. Members of the Christian faith with the appropriate shepherding from the clergy would contribute immensely towards the war against corruption. That is what the church should do too and not leave the task to only government.

An impression of a government legislation or some designated persons descending upon those who receive bribe and encourage corruption as panacea to stop the scourge is erroneous and a mere fantasy.

As a mind issue, the appetite to give bribe should in the first place be tackled and the best place to start this is the church and the mosque. When members of the Abrahamic faiths – Christianity and Islam – accept the importance of not doing evil, corruption being part of it, we would have made a critical inroad in our fight against graft.

Perpetually sermonizing on the spiritual drawbacks of corruption alongside other measures put in place to achieve the goal would draw us closer to drawing the curtains over the subject.