Policeman Was Killed With Metal—Report 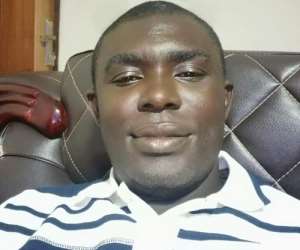 Preliminary police reports in the killing of Corporal Bernard Antwi, 37, at Manso Abodom in the Amansie West District of the Ashanti Region are indicating that the murdered policeman may not have been shot as being claimed.

Rather, reports are indicating that he appeared to have been hit with a heavy object, leading to his untimely death.

The Ashanti Regional Police Command said yesterday that they had arrested five people in connection with the death of the policeman.

Additionally, a white pickup vehicle, registered AS 9116-15, in which the policeman was killed, had been impounded.

According to a top police source, there was not a single mark of gunshot wound on the body of the slain policeman.

This discovery is said to have come as a shock to the police hierarchy in Kumasi, who are still searching for clues as to what might have motivated the assailants to take the life of the policeman.

The fresh reports are said to have also changed the direction of investigations by the Ashanti Regional Police Command.

Cpl Antwi was initially reported to have been shot dead by some armed robbers last Monday at 7 pm.

He was said to have closed from work in the Manso-Nkwanta area when he was killed, with his gun taken away.

The source said Cpl Antwi appeared to have been given a lift by some people on board a vehicle after work and on the way they supposedly hit the head of the policeman with a metal object.

He disclosed that the killers then dumped his body somewhere and absconded with his gun.

“We have thoroughly searched the body but there is not a single mark of a gunshot so he was not killed with a gun. There are marks at the back of his head, giving a strong indication that he was hit with a metal object,” he added.