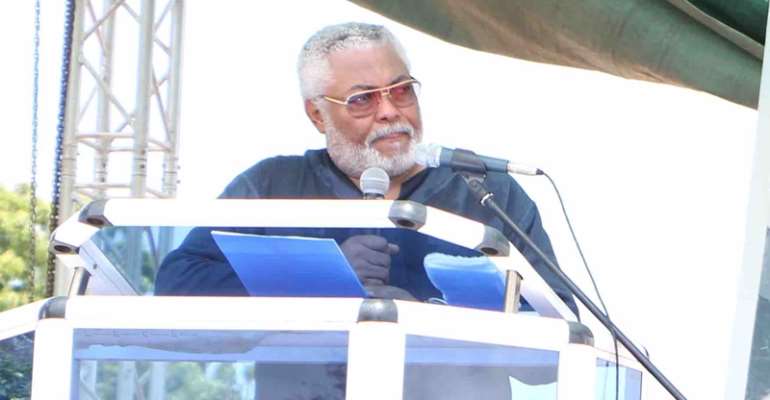 Former President Jerry John Rawlings wants an effective collaboration between the Attorney General Department and the Office of the Special Prosecutor to stamp out corruption in the country.

His call comes on the back of the ‘contracts for sale’ exposé which cited the Chief Executive Officer (CEO) of the Public Procurement Authority (PPA) of conflict of interest and corruption.

The PPA’s CEO AB Adjei has been suspended by President Nana Akufo-Addo pending investigations from the Commission on Human Rights and Administrative Justice (CHRAJ) and the Special Prosecutor.

Speaking to the media however, the former president stated that, the increasing levels of corruption cannot be allowed to continue hence, the two agencies should work in tandem to address the problem.

“We must continue the fight against corruption. It has destroyed too much and we cannot afford to allow it to continue. So we are looking up to the Attorney General’s Department to collaborate with Mr. Martin Amidu to ensure that the right things are done”, he said.

Position of PPA Board
Following the suspension of Mr. Adjei many civil society organizations have called for the dissolution of the PPA Board for failing to exercise oversight responsibility in the award of contracts.

But, the Board which welcomed investigations into the matter, however, absolved itself from blame, assuring that the findings of the probe by the Commission on Human Rights and Administrative Justice (CHRAJ) and Special Prosecutor will prove its innocence.

Meanwhile, Citi News has seen letters from the Office of the Special Prosecutor to the presidency which suggests AB. Adjei has been under investigation for a few months now.

According to the correspondence addressed to the Secretary to the President, Nana Asante Bediatuo, and sighted by Citi News, the Special Prosecutor Martin Amidu observed that the issue has been “the subject of ongoing investigations as part of a report brought to the attention of this office by the Auditor General Several months ago”.

Mr. Amidu, noted that his office has “independently gathered intelligence on this matter and has been provided with facts and materials from other sources, particularly from the Audit Service and the Registrar of Companies”.

The fight against corruption, according to the Special Prosecutor's letter, must not be “halfhearted, selective or ad hoc” but must rather be “unequivocal and non-discriminatory”.