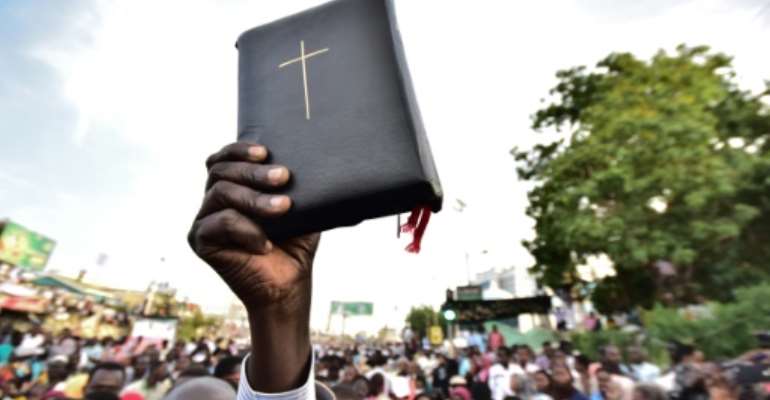 Sudan's Christians suffered decades of persecution under the regime of Islamist general Omar al-Bashir. Now they hope his downfall will give the religious freedom they have long prayed for.

Deep within the maze of dusty alleys that honeycomb Omdurman, Khartoum's sprawling twin city, Yousef Zamgila's church is not visible from the street.

It is hidden in the courtyard of a friend's home and consists of a few iron benches, a pulpit and crosses hastily painted on pillars holding a corrugated roof.

"The previous centre got destroyed because we didn't have the right papers. They always refused... So we use the land of our neighbours," says the Lutheran reverend.

Denying the Christian minority permits to build churches has been the main tool of oppression over the years.

Another was the all-Islamic culture imposed by the state in schools and in the workplace, despite the former constitution's provisions on religious freedom. 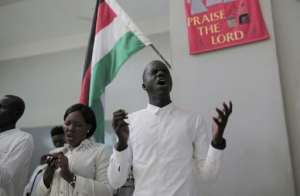 "Our youths and children cannot learn about Christianity because their entire environment is made only for Muslims," says Jacob Paulus, a 28-year-old teacher in Omdurman.

Copts, Catholics, Anglicans and a number of other confessions are present in the country, yet Bashir's Islamist regime drove many of them underground.

Some of the foreign charities assisting Sudan's Christians were driven out, a movement that intensified after the country's Christian-majority south seceded in 2011.

"The authorities felt that the churches and Christian charities supported the south's independence," says Ezekiel Kondo, the Anglican Bishop of Khartoum.

Sitting in his office across from his large church in central Khartoum, the prelate says "the state has consistently followed a strategy to weaken the Church".

In its worldwide report on religious freedom, the Aid to the Church in Need (ACN) pontifical foundation ranked Sudan in the most critical category of countries.

Bashir, who enforced Islamic sharia laws afer coming to power in a 1989 coup, was brought down in April by a wave of protests that erupted over the country's worsening economic crisis.

A new civilian-majority administration was sworn in last week, under a deal struck between the opposition and the generals who took charge after Bashir's ouster. 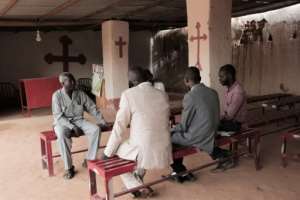 The constitution adopted for the three-year transition notably omits Islam as one of the characteristics defining the state.

That and the wind of democratic change in Sudan have given Christians and other minorities hope that religious plurality would be better protected in the coming phase.

"We hope there will be change. Christians were also in the protests, they had good reason... I think the darkest days are over," says Reverend Yusef.

Sitting next to him in the makeshift church, Reverend Mata Boutros Komi was equally upbeat.

"At least now, our rulers are acknowledging Christians as part of this country. Christians have prayed for this change for decades, we are happy because this change has come," he says.

An encouraging sign was the inclusion of a Christian woman on the 11-member joint civilian-military Sovereign Council sworn in on August 21.

A protest was held in Khartoum last week by Christians demanding equal rights, something hard to imagine in Bashir's days, when arrests and fines were common.

"We were concerned when the Transitional Military Council announced in May 2019 that sharia law would continue, as a hardline interpretation of sharia has often been used as a hammer to hit Christians with," says John Newton from the UK branch of ACN.

"We are cautiously optimistic that the new ruling council might uphold religious freedom for minority groups -- as indeed 2005's interim constitution did -- but ultimately we will have to wait and see how events unfold." 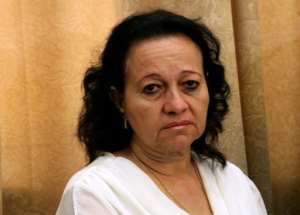 While he hopes the new administration will ease the pressure on Christians, Bishop Ezekiel Kondo argues that the priority should be to bring peace to Sudan.

"A document alone does not alleviate people's suffering. For this transition to work, peace has to happen. Then all the other important things will come more easily," he says.

The country is torn by rebellions and conflicts in several regions populated by non-Arab or non-Muslim minorities.

The presence in the Sovereign Council of generals who rose up the ranks with Bashir's blessing had raised widespread concern that Sudan's democratic revolution could be short-lived.

"If the transition's principles are really implemented, then yes, we will have change," the bishop says.

"But I am still quite pessimistic because the Islamist mentality is still here."