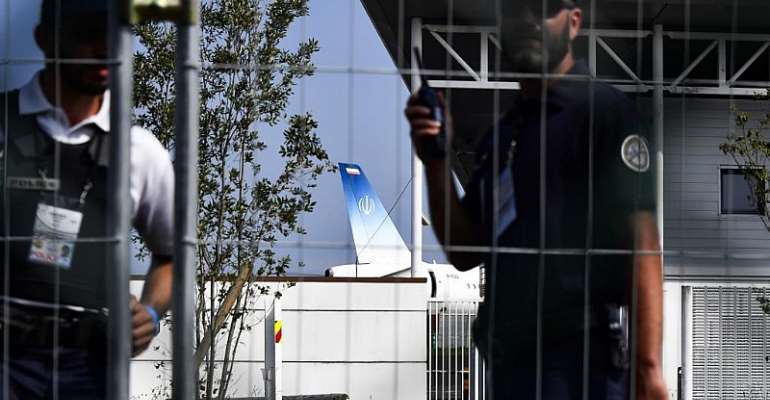 Iranian Foreign Minister Mohammad Javad Zarif flew into Biarritz in southwestern France for the G7 summit on Sunday in an unexpected and dramatic attempt to break a diplomatic deadlock over Tehran's disputed nuclear programme.

"Zarif... has arrived in Biarritz, where the G7 is being held, to continue talks regarding the recent measures between the presidents of Iran and France," Iranian foreign ministry spokesman Abbas Mousavi tweeted, referring to their efforts to salvage a nuclear deal.

"There will be no meetings or negotiations with the American delegation during this trip," he added.

French President Emmanuel Macron and his Iranian counterpart Hassan Rouhani have held a series of phone calls in recent weeks aimed at de-escalating tensions between Tehran and Washington.

The arch-foes have been at loggerheads since President Donald Trump unilaterally withdrew the US from a 2015 deal giving Iran relief from sanctions in return for curbs on its nuclear programme.

No joint statement yet on Iran
Earlier on Sunday, Trump on denied signing off on a joint G7 message to Iran over its nuclear programme as announced by Macron.

"No I haven't discussed that," Trump told reporters.

This contradicted Macron who shortly beforehand had said the G7 countries "agreed on what to say to Iran."

"We'll do our own outreach. But you can't stop people from talking," Trump said.

"If they want to talk, they can talk."
Macron held talks with Zarif in Paris on the eve of the G7 summit and has been leading efforts to bring Tehran and Washington back to the negotiating table.

Trump's policy of applying "maximum pressure" on Tehran via crippling sanctions has been criticised by European powers and is seen as raising the risk of conflict in the Middle East.

Get Iran back to the negotiating table
Macron has urged the US administration to offer some sort of relief to Iran, such as lifting sanctions on oil sales to China and India, or a new credit line to enable exports.

"To start this approach we need President Trump to agree with the idea that we need to make a pause (in the "maximum pressure" policy)," a French diplomat told reporters last week.

This is seen as a first step to get Iran back to the negotiating table, which could then lead to a new international agreement to limit its nuclear programme.

Speaking to AFP last week, Zarif said that Macron's suggestions were "moving in the right direction, although we are not definitely there yet."

JHS Not Increased To Four Years Or Reduced SHS Duration – Na...
40 minutes ago

We've Been Begging To Survive Over Closure Of Our Shops – N...
40 minutes ago