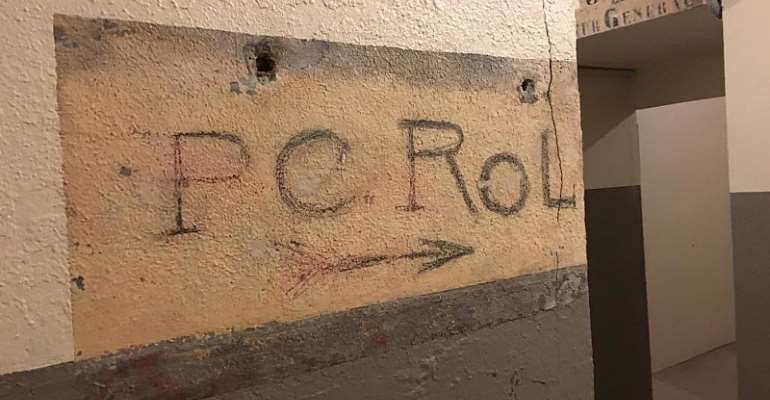 The civil defence shelter where the French Resistance fighters organised the liberation of Paris from German Nazi occupation opens to the public as part of a new museum, 75 years on.

The museum has in fact several names: Museum of the Liberation of Paris, General Leclerc Museum, and Jean Moulin Museum.

"It made sense to highlight the deeds and commitment of these two people so that we could understand World War Two and the occupation and liberation of Paris," Sylvie Zaidman, director of the Museum, told RFI ahead of the inauguration on Sunday.

Jean Moulin is one of the main heroes of the French Resistance. And General Leclerc participated in the liberation of Paris on 25 August 1944 with his 2nd Armoured Division made up of soldiers from 22 different nationalities.

"The Museum of the Liberation of Paris is now at Place Denfert Rochereau [in the 14th arrondissement of Paris] because there is a civil defence shelter there, 20 metres underground, a spot especially fitted out to withstand bombing raids," explains Sylvie Zaidman.

The collections of the museum existed previously, in another place, above the Montparnasse station.

The civil defence shelter was not occupied during the German Occupation, but was used as a command post for the French Forces of the Interior (FFI) led by Colonel Henri Rol-Tanguy during the week that preceded the liberation of Paris.

"The shelter was the heart and brain of the uprising. Orders came from there, reports and requests were sent there. That's where the battle for Paris was monitored," Jean Rol-Tanguy, son of Colonel Rol-Tanguy, told RFI.

"They stayed in there for a week, they went down on Sunday evening and back up again the following Saturday evening," he added.

Rol-Tanguy and his French Forces of the Interior staff left the shelter on Saturday 24 August 1944 and in the evening, the first French and American soldiers entered Paris.

"For me, this museum is extremely important. It will allow the younger generations to get a closer, more detailed understanding of what that week of fighting was about."

A real battle to save Paris
"Let's not forget that 1,600 Parisians died in the week-long uprising, not to mention the men of the 2nd armoured division (DB), and American troops, as well as the killed and the wounded of the German army," said Jean Rol-Tanguy.

"It was a real battle. A real battle to save Paris, and above all to show that democracy and freedom which were the legacy that my parents were defending were central to the fighting."

The museum is home to 300 original documents and objects.

They retrace Paris history from German Occupation to its liberation four years later in summer 1944.

The museum opens to the public on Tuesday 27 August and the entrance is free.