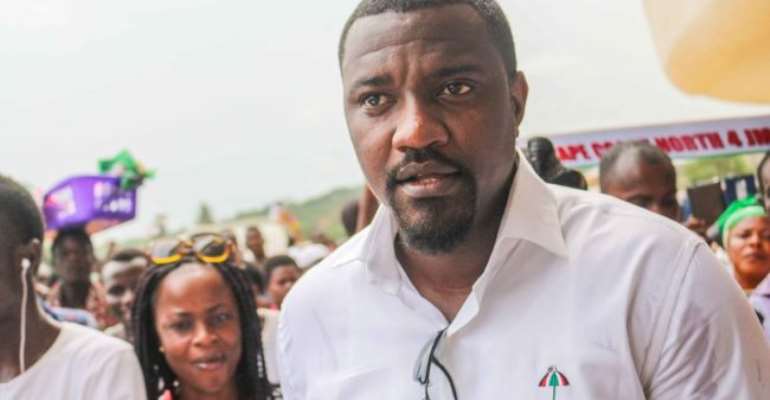 Actor John Dumelo has won majority votes in the National Democratic Congress’ (NDC) parliamentary elections to become the party’s parliamentary candidate in the Ayawaso West Wuogon constituency ahead of the 2020 general elections.

At the end of the polls, John Dumelo got 758 votes while his only contender, Madam Adoboe managed with paltry 99 votes.

A total of 859 delegates voted in the elections with two rejected ballots.

He, however, withdrew before the main contest.
A pharmacist, Delali Brempong won the primaries at the party level but lost to the widow of the late MP, Lydia Alhassan who contested on the ticket of the NPP in the controversial polls.