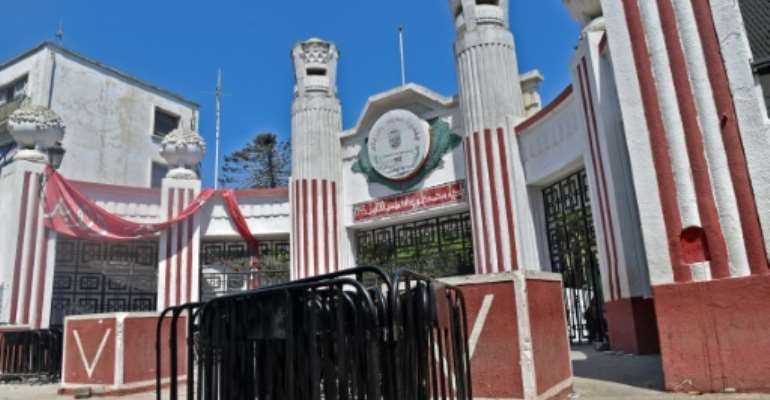 Algiers' August-20 Stadium where five young people were killed and dozens more injured in a stampede at a packed rap concert. By RYAD KRAMDI (AFP)

Algeria's Culture Minister Meriem Merdaci resigned Saturday, following the deaths of five young music fans in a stampede at a packed concert by rapper Soolking in the capital, the president's office announced.

It said Merdaci handed her resignation to interim president Abdelkader Bensalah "who accepted it".

On Friday, prime minister Noureddine Bedoui fired the head of ONDA (the National Office of Copyright and Neighbouring Rights), the public authority in charge of organising concerts. An investigation has been opened.

Thursday night's stampede that killed five people aged between 13 and 22 came as fans thronged an entrance of the August-20 Stadium in Algiers where France-based Soolking was performing.

The 29-year-old is a major star in the North African country, his song "La Liberte" (Freedom) becoming a mainstay of anti-government protests that entered their seventh month on Friday.