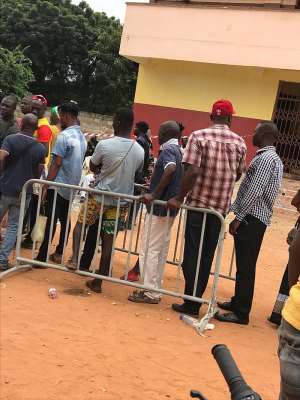 At the Ayawaso East Constituency of the Greater Accra Region, voting is going on so far smoothly without any skirmishes.

Voting started at exactly 7:00 am and that about 817 candidates are expected to cast their votes.

According to Monsieur Azila, the Ayawaso East Returning Officer, at 12: 25 pm, about 465 candidates have so far cast their votes and that voting will end at exactly 5:00 pm.

He commended the delegates and candidates for the peaceful manner in which the primaries has so far travelled.

He was hopeful the peaceful conduct of the primaries will be maintained by the close of polls at 5:00 pm.

Hon. Olabode Williams, the NDC Ayawaso East Constituency Chairman on his part said that voting at the Nima Cluster of Schools center has been peaceful as compared to news reports from other centers.

He urged both candidates to bring their supporters under control and that the NDC party should be the winner at the end.

He calls for unity among the ranks and files of the party in the constituency and that he is ready to work with anyone who comes out victorious.

The constituency Chairman requested both the winners to celebrate moderately and losers to accept defeat faithfully.

We need unity in the party ahead of the 2020 general elections, Alhaji Olabode Williams added.

He also commended the police for the way and manner they managed the security situation at the center which has gone a long way in ensuring a violent free primaries so far. 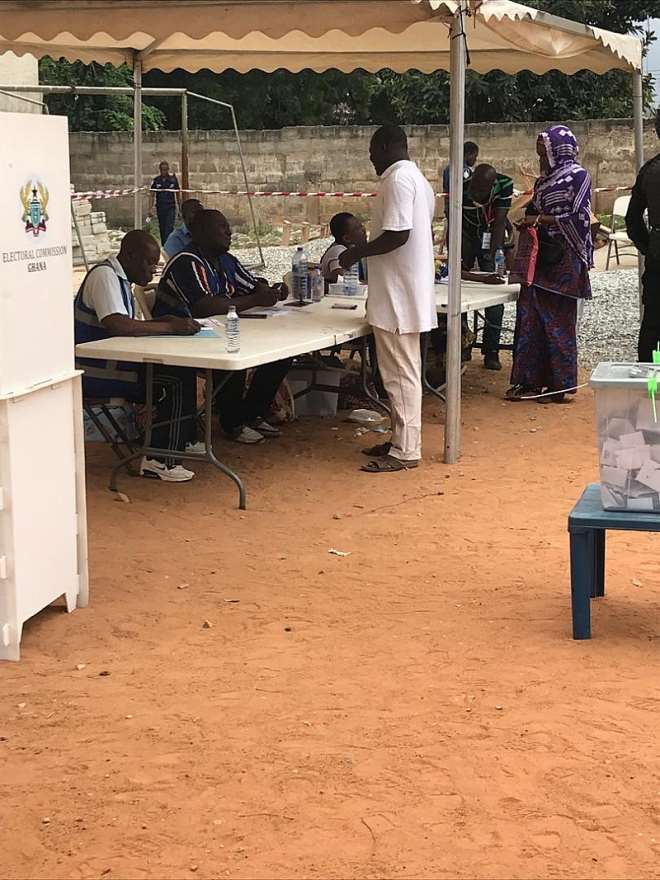