Trump in combative mood ahead of G7; with threats for French wine tax and new tariffs on China 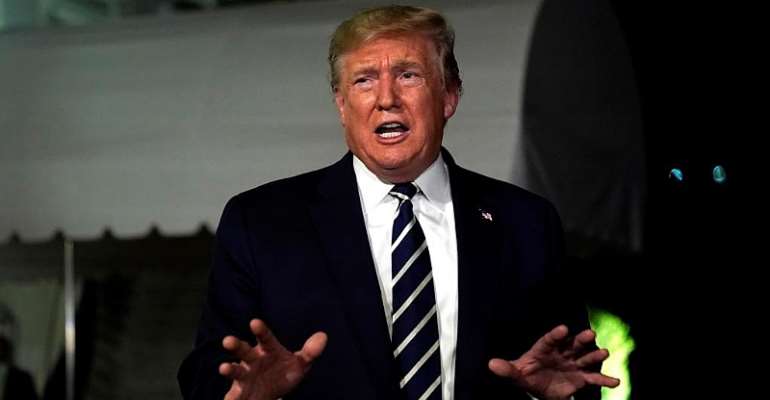 US President Donald Trump has arrived in France for the G7 summit in Biarritz and already his fiery comments on issues ranging from France's digital tax to an increase to tariffs on Chinese goods have made headlines.

Wall Street stocks tanked on Friday after Trump escalated his trade war with China that is seen as responsible for a global slowdown.

"We don't need China and, frankly, would be far... better off without them," Trump wrote on social media on Friday, saying US companies were "hereby ordered to immediately start looking for an alternative to China."

His outburst came after China imposed tariffs on US imports worth $75 billion in response to an earlier round of American measures.

Anger over GAFA tax
Just before he took off for Biarritz, Trump also fired a salvo at France, threatening to slap heavy tariffs on its wine in response to its move to impose a sales tax on tech giants like Facebook, Apple and Google (GAFA).

"Those are great American companies, and frankly, I don't want France going out and taxing our companies. Very unfair," he told reporters outside the White House.

"And if they do that, we'll be taxing their wine... like they've never seen before."

Discussions on economic growth have reportedly been scheduled, at the "last minute" request of the White House, for Sunday morning and Trump will basically tell his partners to shape up, a senior administration official said.

"Trade wars will lead to recession, while trade deals will boost the economy,"

In a further sign of Trump's dark mood, the president once again turned on Federal Reserve chief Jerome Powell, saying he "wouldn't stop him" if he wanted to quit.

"I'm not happy with Jay Powell. I don't think he's doing a good job at all," said Trump who is furious that the Federal Reserve is not cutting interest rates aggressively.

Iran sanctions, a bone of contention
However, when it comes to the Europeans, Trump will find himself under pressure, particularly from French President Emmanuel Macron, to ease off on his policy of "maximum pressure" on Iran over its nuclear programme.

Since pulling out of the landmark 2015 nuclear agreement limiting Tehran's nuclear programme, Trump has slapped crippling sanctions on the Iranian economy.

Macron wants him to put a "pause" on the policy, an aide said recently, which would enable talks to find a new diplomatic solution to the crisis.

The pair are expected to discuss the UK's impending exit from the European Union, which the US president has enthusiastically backed.

"My message to G7 leaders this week is this: the Britain I lead will be an international, outward-looking, self-confident nation," Johnson said on the eve of the summit.