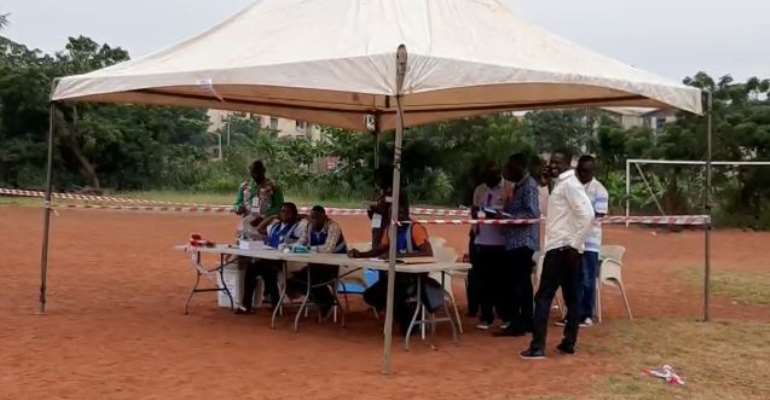 Voting has started at Adentan constituency of the National Democratic Congress (NDC) parliamentary primaries where two bigwigs of the party are battling it out to win the party’s mandate to stand as the parliamentary candidate in the 2020 elections.

As at 7:30am, Citi News’ Kojo Agyeman reported that voting had commenced and the process, running smoothly so far.

The elections are being held in some 157 constituencies. In 39 constituencies, incumbent MPs and other aspirants are going unopposed.

The primaries have been suspended in some five constituencies including Asawase and Ellembelle, whilst the party is yet to open nominations in 74 constituencies. No phones near voting booths – NDC warns agents ahead of primaries

Agents of the various parliamentary aspirants will not be allowed to carry phones near booths at the centres during the primaries.

The centres are also supposed to be campaign free zones, the party's General Secretary, Johnson Asiedu Nketia had warned.

“It is prohibited for you to be canvasing for votes. No pictures or an effigy or parliamentary aspirants shall be allowed within 500 metres of the voting centre. So don't approach the voting centre in the T-shirt of your favoured aspirant.”

NDC Will Reintroduce Automatic Promotion Of Teachers – Maham...
20 minutes ago