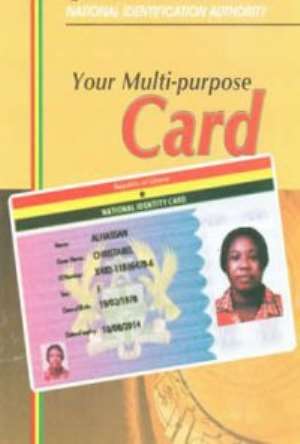 On Thursday, August 22, 2019, Prof. Francis Nyamnjoh gave a lecture at the Political Science Department of the University of Ghana on ‘Rethinking Citizenship in 21st Century Africa: Some Conceptual Considerations’. Much as I had planned to sit in the lecture, I missed it as I had to attend to an impromptu development. I, however, rushed to the seminar to catch a glimpse of the Q&A session.

The questions that were asked and the answers that were provided gave me a sense of the content of the lecture. Fortunately, at the end of the seminar, I had the opportunity to exchange pleasantries with Prof. Nyamnjoh. While I did not tell him I missed much of the lecture, he emailed me one of his articles that marked the beginning of his reflections on citizenship in Africa in the twenty-first century.

My interest in sitting in his lecture was because of the recent fracas between Ghanaians and Nigerians. The recent cases of kidnapping in Ghana, which is blamed on Nigerians domiciled in the country, has raised questions about citizenship in Africa. The tensions between Ghanaians and Nigerians – which could be regarded as sibling conflicts – dates back to the early days of independence. But the deportation of Nigerians during the regime of Ghana’s Prime Minister, Dr. Kofi Abrefa Busia in 1969 and the reciprocate deportation of Ghanaians from Nigeria in 1983 by Shehu Shagari deepened the tension between the two countries.

These deportations were against the backdrop that Nigerians have been in Gold Coast before the heydays of colonialism. It is also against the backdrop that both Nigerians and Gold Coasters collaborated to bring down the edifice of colonialism through many platforms such as the National Congress of British West Africa founded in 1920 by Joseph Ephraim Casely-Hayford. Given this background, the recent alleged Nigerian involvement in the kidnapping – with the kidnapping of the three Takoradi girls being the tipping point – has brought to the surface the longstanding issue of transnational and dual citizenship. How is citizenship constructed? Is citizenship a fossilised aspect of nation-building? Who determines how citizenship is constructed? What are the key elements of citizenship construction?

In answering issues of reality, one must humbly acknowledge the human incapacity to wield omni-attributes. In simple terms, one must guard against dismissing the existential reality of the metaphysical world. In other words, reality must be constructed against the dichotomisation of the world into the sacred and profane spheres. To get to this level, one must admit one's incompleteness. It is the acceptance of one's incompleteness that one would appreciate the fluidity and malleability embedded in the construction of citizenship. More importantly, as Prof. Nyamnjoh pointed out, such an acceptance of our incompleteness will help in reconstructing citizenship to cohere with the ethos of the twenty-first-century world.

It is against the incompleteness of human beings that led Prof. Nyamnjoh to conclude that limiting reality to sensory perception is an index of epistemic injustice. Here, I must point out that even in the western world that claims to be the paragon of rationalism, reason was enthroned largely during the so-called enlightenment era, much as it marked the recapitulation of the thinking of Protagoras, the Greek philosophy, who arrogantly and audaciously proclaimed that, ‘man is the measure of all things.’

It is rather arrogant for sensory to lyrically supplant the existential realities of the beings inhabiting the metaphysical world. The western dismissal of the immaterial world had a causal effect on how inter-human relations are constructed. It contributed to the wanton pillaging and exploitation of Africa.

It also rationalised the debasing of Africa to support slavery. Lastly, it consolidated the philosophy of terra nullius that made it possible for some areas in Africa to experience a settler form of colonialism. In a broader sense, the western notion of liberalism – liberating self from the community and the giving of rights to individuals over the community – is hinged on the idea of rationality, as opposed to emotion and spirituality. The Cartesian idea of ‘I am because I think' is based on the exaggeration of the human capacity to think.

Even so, I must point out that our reactions and responses are defined by our emotions more than our capacity to think. Feelings, as opposed to thinking, is key in defining human's place in the universe. Feelings is enshrined in humanity's capacity to tell stories or create myths. Citizenship in the world has always been based on human's stupendous capacity to tell a story. Through telling of a metanarrative, human beings can construct citizenship that transcends the limitation of ethnicity, religion, and gender. These stories and myths are coded to be accepted as true. But in most cases, they are complete lies! Understandably, in building a nation, it is lies that provide the glue to bond disparate people to together.

These stories are supported with rehearsed rituals and emblems. For example, the construction of Ghanaian citizenship was based on the myth of a connection between the people of Ghana and those of a medieval Sudanese Empire, the ancient Ghana Empire. This myth was embellished with symbols – anthems, coat of arms – that was given national status. This story leads to conviviality. It answers the basic question of nation-building: how can I like the unlike? How do I like someone who does not speak my language; believe in what I believe, and even eat the food I eat? The answer is the conviviality that the stories and myths create.

But at the base of the pyramid of conviviality is the human sense of gregariousness. Humans have the proclivity to live together. Humans have the innate desire to cohabit with the social other. Even so, within that narrative is confronted with difficult issues like navigating between individualism and collectivism. Over the centuries, one issue that tested the minds of many people was the engagement between the rights of individuals and the rights of the community. Indeed, as Prof. Nyamnjoh pointed out the notions of the individual, as well as community, is osmotic. But amid the fluidity and the ever-changing notions of the individual and citizenship is the oversized reality of conviviality. Conviviality provides the undercurrent to contain the flux that human concepts suffer. In my reading, the only immutable fact in our understanding of citizenship is the fundamentality of conviviality.

The foundation of conviviality is the axiom of human incompleteness. Our incompleteness, located in our inability to deal with the vicissitudes of life alone, is the basis of organic solidarity. Sadly, the ‘modern’ world with its enchantments for isolationism has created an illusion of an autonomous being, who can and must subsist as an individual qua individual. But the rise of individualism is an index of the progress human beings have made in resolving the multiple challenges of life. In pre-industrial societies, the precariousness of life fomented collective living.

The complete dependence of the pre-scientific human being on nature was coterminous to his dependence on fellow human beings. More importantly, the common vulnerability provided a shared responsibility. This led to mutual and corporate living. However, in the industrialised world, where machines are performing the tasks that were once performed by human beings, collective living is considered an archaic lifestyle that is confined to the archives of history.

It is partly the idea of incompleteness, particularly in the face of wars and conflicts, that informed the formation of internationalism, embodied in the United Nations, AU, and other regional bodies. These bodies provided the basis for the construction of transnational citizenship, cosmopolitanism, afropolitanism and so on. Unfortunately, under the guise of technological completeness, international organisations are tearing apart. Trump’s idea of ‘making America great again,’ and the burdens of Brexit point to the gradual loss of conviviality – asabiyyah.

The collapse of conviviality is against the backdrop that humanity faces three main debilitating challenges in the ‘modern’ world: destructive science, climate change, and the threats of nuclear war. Could the gradual collapse of international conviviality signal the collapse of human civilisation? Could the breaking of Asabiyyah – conviviality - undo the gains humanity has made in engendering collective living? Can we reclaim our memory of a difficult past to revitalise conviviality?

The Akan of Ghana highlighted conviviality in their proverb that ‘one person’s palm cannot cover the face of God.’ This creative proverb confirms human incompleteness that must be mitigated by conviviality. In the end, Prof. Nyamnjoh’s paper is very interesting, educative, and insightful. It is also providential. And it opens new vistas for the debate on citizenship to be reengaged, particularly at a time when global citizenship has become a major subject of academic and popular discourses.

Impliedly, as the article challenges African scholars, and by extension scholars all over the world, to incorporate conviviality in research. More importantly, African academics must show conviviality in rehabilitating and incorporating the logics and wits embedded in ‘indigenous’ cultures.