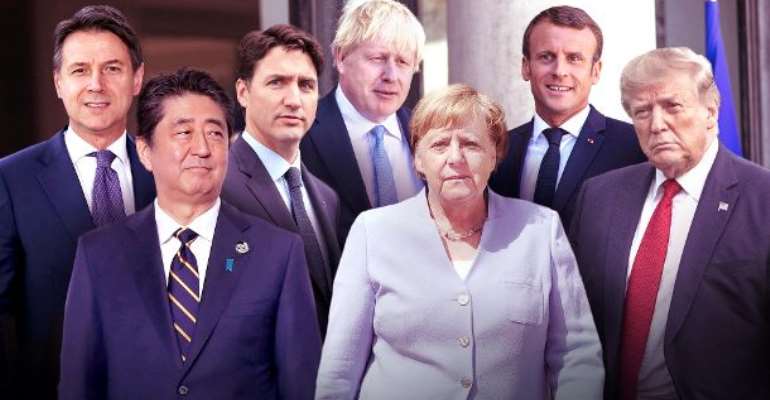 Participants of the G7 summit in France, controversial issues makes the outcome of the meeting in France unsure.

The G7 are in bad shape, many conflicts threaten to escalate at the Biarritz summit. Especially, as usual, Trump and Johnson make the outcome unpredictable.

It is still quiet in Biarritz, France. This idyllic place on the Atlantic coast actually attracts summer holidaymakers and surfers. Where just a few days ago numerous people relaxed on the beach, there is now emptiness. The beaches are closed, thousands of security guards seal off many parts of the city. The French city Biarritz is the stage for this year's G7 summit.

For three days, the great world politics will be a guest here. But the pictured scenery cannot hide the fact that the G7 have lost importance in recent years. The format seems outdated and has lost its influence in world politics. US President Donald Trump is a driving force behind this development. Together with the new British Prime Minister Boris Johnson, he also puts the G7 format to the test in France.

Participants at the G7 summit in France-Biarritz:

Whether it's climate protection, economic issues or how to deal with international crises, there is seldom unity among themselves. The summit in France threatens to become a debacle without a final declaration.

Tensions in the run-up
Every G7 summit has a motto determined by the host. According to French President Emmanuel Macron, the "fight against inequality in the world" is the motto of France's city Biarritz summit. But this motto is at best a side note, other topics are in the foreground...the Iran crisis, the trade dispute between the USA and China, the climate crisis, the conflicts in Syria and Ukraine. Seldom has the G7 had so much need to speak, seldom has the Community been at odds on so many issues like this.