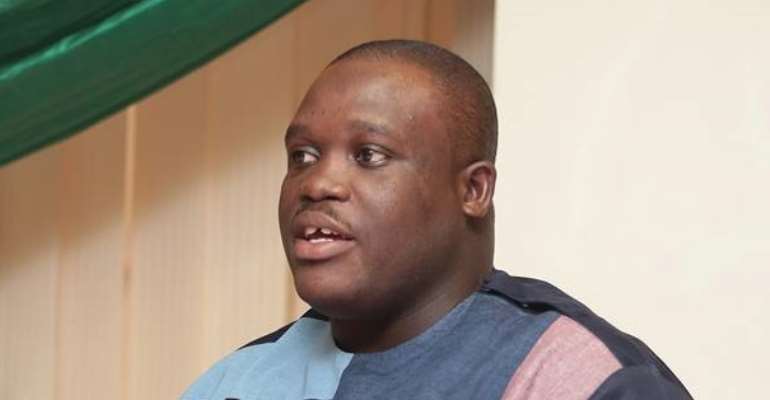 Sam George who is seeking to be maintained as the parliamentary candidate for the NDC ahead of the 2020 polls says some persons have informed him that they have been hired to cause mayhem at the constituency to disrupt today’s activities.

He has therefore warned such persons to reconsider their evil intentions or risk facing the law.

Speaking on Eyewitness News on Friday, Sam George also called on security agencies to deal ruthlessly with such trouble makers.

“I have received calls from people who say they have been hired to come to my constituency. The laws of this land must work. Any racquet who is found in my field….I am calling on the security services that if they find a macho man or land guard arrest them because I am not coming with anybody. So, anybody who is coming to Ningo Prampram on Saturday to watch or cover the election and witness my victory is welcome. But if you are coming to foment trouble, you will be meet the full force of the law of the land. I am sounding that warning,” he added.

Sam George on Eyewitness News also thanked the Acting IGP for responding to his plea and promising to deploy officers to forestall eventuality.

“I want to say a very big thank you to the Acting Inspector General of Police. He has been very helpful. I wrote to him weeks ago on intelligence I gathered that elements are planning to foster violence in the election. I wrote to the IGP and he was kind enough to write back to me assuring me that the police are going to monitor my constituency closely by doing a heavy deployment in that area.”

The primaries are being held in 157 constituencies across the country where 524 aspirants have been cleared to contest.

There will also be no election in 39 other constituencies where incumbent Members of Parliaments or aspirants are contesting unopposed.

In the Greater Accra Region, elections will be held in 31 out of the 34 constituencies.

Ahead of the polls the Party issued some directives to ensure peace at the centre including barring the agents of the various parliamentary aspirants from carrying phones near voting booths at the centres.