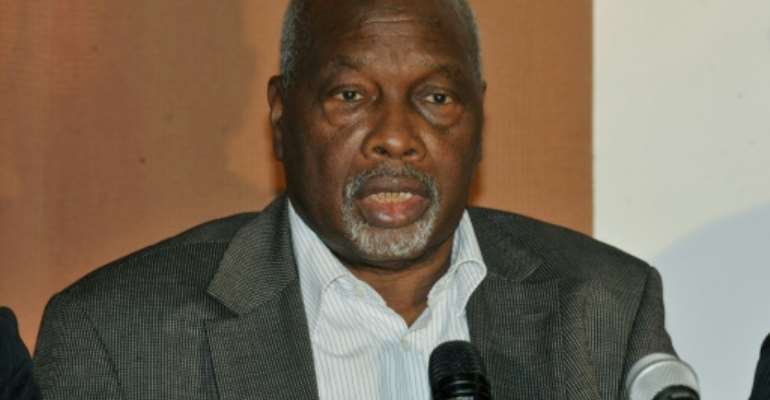 Amath Dansokho was a presence in Senegal's politics for over 60 years. By SEYLLOU (AFP/File)

Veteran Senegalese opposition figure and former minister Amath Dansokho, a major presence in Senegal's politics for more than 60 years, has died in Dakar aged 82, according to his associates.

Local media said Dansokho, a former leader of the opposition Party of Independence and Labour and an ally of President Macky Sall, died Friday following an illness.

In a statement Sall called Dansokho "a great warrior for liberty, democracy and the progress of peoples."

Born in Kedougou in southeast Senegal in 1937, Dansokho was a member of the African Independence Party, the first Communist outfit in French-ruled west Africa, before leaving to form the Party of Independence and Labour.

An opposition figure under presidents Leopold Sedar Senghor, Abdou Diouf and Abdoulaye Wade, he was jailed numerous times and spent many years in exile elsewhere in Africa and in the then Eastern Bloc.

Dansokho, who served as mayor of Kedougou and was a deputy in the national assembly was made a minister under Wade, but then fired after he criticised the running of the government.

"A baobab has fallen, a man who fought every battle for democracy and fundamental liberties," human rights activist Alioune Tine wrote on Twitter, referencing the mighty tree which is a national symbol.