Well Done Mr. President But Who Is Next After Nyantakyi And Adjei? 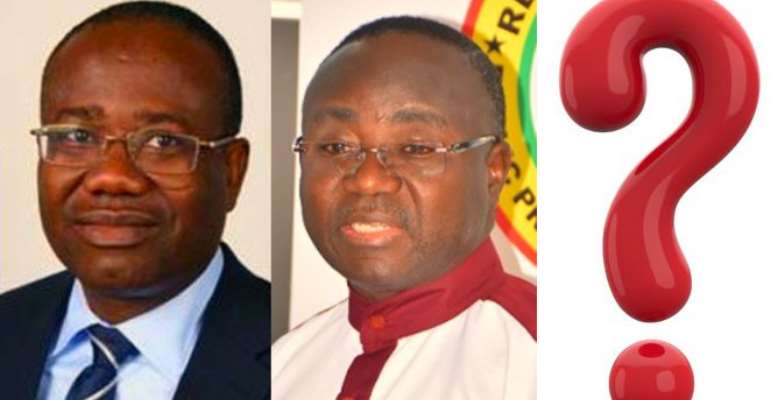 With thousands of people like Nyantakyi and Adjei, the fight against corruption in Ghana will be fruitless

In June this year, the Vice President of the Republic of Ghana, Dr. Mahamudu Bawumia, spoke about policies and programs implemented by the current Ghanaian leader, Nana Akufo Addo, to eliminate corruption, an incurable disease which was brought into the world, including Africa, when Adam sinned.

According to Dr. Mahamudu Bawumia, “The administration of Nana Akufo Addo has, in just two and half years of being in office introduced systems and institutions designed to reduce human interface in service delivery, while significantly increasing the resources available to anti-corruption agencies in an all-out effort to cut out waste and eliminate opportunities for corrupt practices.”

I wrote an article challenging the Vice President that: the only solution to corruption in Ghana is to Let All Ghanaian Politicians Go Wash In The Pool Of Siloam. I said further, "Even in advanced countries where electronic devices have been manufactured to accept payments, to prevent man from getting closer to money, there is still corruption."

The reason, over €6bn of European Union taxpayers' money was stolen by criminals in recent years and over €130m is still being lost each year

Doing investigative journalism is not a simple matter. The desire to carry out this profession with passion, dedication and bringing out the truth can sometimes be life-threatening. We have already lost, Ahmed Hussein-Suale, yet that wouldn’t prevent investigative journalists such as Anas Aremeyaw Anas and Manasseh Azure Awuni, from doing their job.

An investigation by Manasseh revealed that Talent Discovery Limited (TDL), a company incorporated in June 2017, won a number of government contracts through restrictive tendering, however, the boss involved, Dr. Agyenim Boateng Adjei, CEO of the Public Procurement Authority sells government contracts to individuals.

Almost impossible, for some clear reasons, the Ghanaian leader, Nana Akufo Addo, swiftly responded to the corruption allegation, firstly, by suspending the PPA boss, and secondly, referring him to the Commission on Human Rights and Administrative Justice (CHRAJ).

The president knew it will not be good for him and the entire NPP if he fails to react.

It will be recalled that the Tiger Eye Private Investigation Team, led by award-winning journalist Anas Aremeyaw Anas investigated football corruption, which led to the resignation of the head of the Ghana Football Association, Mr. Kwesi Nyantakyi.

The investigation revealing the soccer corruption didn't only shock Ghana but Ghanaians were disappointed as well over the lukewarm attitude of Nana Akufo Addo about the case, even after Nyantakyi claimed he has the president in his pocket.

In fact, I have said it many times that Nyantakyi is indeed a lucky man today to be with his family, all because this case happened in Ghana, African country crimes are committed with impunity. Nyantakyi has no chance to escape a prison sentence in any advanced country, taking such a serious crime into consideration.

The Ghanaian leader knows without reacting to this second corruption scandal involving Agyenim Boateng Adjei, wouldn't be a good idea, the reason he quickly reacted. To me, Nana Akufo Addo has done well.

The law must take its course and if Adjei is found guilty he must pay for his crime because the suspension is not enough. The question probably Ghanaians may be asking is: Who will be next after Nyantakyi and Adjei?