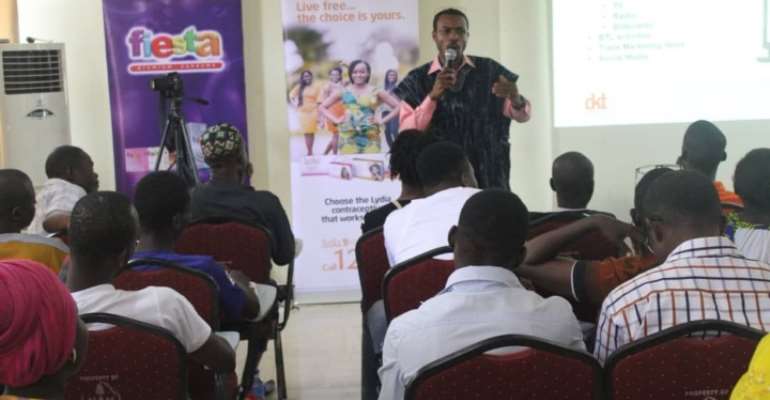 As many have become victims of drug abuse due to poor education from resource persons thus creating dificiency in growth, the Assistant General Manager of DKT lntenational, Mr Adamu Abudulai has challenged health practitioners to be self compliant and know the regulations of such disturbing issues.

According to him, due to insufficient education, issues relating to abortion, drug abuse is alarming.

Speaking at a social event in Tamale, Mr. Adam said "the nationwide tour is not seeking to only increase sales of condoms among others but also to enlighten people in knowing the regulations and what to do when they have ailments."

He said the awareness programme will remind youths the essence of using condoms to improve their sex lives.

"The program was massive and we didn't expect this number and it was encouraging. The programme was about adverts and reactions. It seeked to look at how the populace will capture the need of using condoms to improve their sex lives," he said.

Due to the daily negligence of health workers, DKT International notes that family planning and HIV prevention as part of their corporate social responsibility, has began a nationwide tour to educate professional to deliver quality service to the public.

He added that since previous awareness campaign seems to be yielding positively, he is sure this will achieve same.

"Since the campaign of educating the public on adverse drug reaction, cases of health related issues like abortion, drug abuse has improve from 10 percent to 30%, the awareness will be widely spread, " he stated.

DKT International had 23 programs with sales in 55 countries in Africa, Asia, and Latin America.