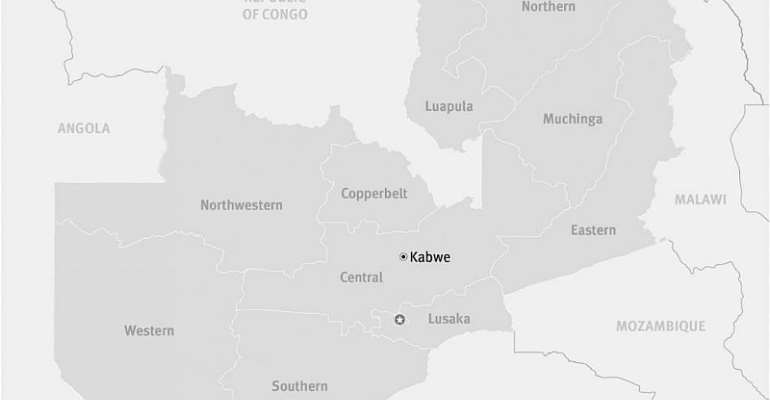 A new study out by rights watchdog Human Rights Watch on Friday shows that half the children in the area around Kabwe, in the center of Zambia, have elevated levels of lead in their blood and need to be treated by medical professionals.

“Children in Kabwe are especially at risk because they are more likely to ingest lead dust when playing in the soil, their brains and bodies are still developing, and they absorb four to five times as much lead as adults,” according to the report.

Lead can cause behavioral problems and disabilities, including impaired growth as well as brain, liver, kidney, nerve and stomach damage. In more severe cases, lead could cause convulsions, coma, or even death.

Although the lead mine officially closed 25 years ago, the dust from the mine and residue still contaminates the area. There is also the case of small-scale artisanal miners who still look for lead at a waste dump known as “Black Mountain.”

The problem with lead is that its pollution is invisible, said HRW. The rights group conducted three fact-finding missions in and around Kabwe in 2018 and 2019. It concluded that the Zambian government, who received the report before being published on Friday, was seriously lacking in dealing with the situation and the well-being of people and particularly children who live in the area.

Inadequate government response
According to HRW, more than one-third of the population of Kabwe, more than 76,000 people, live in lead-contaminated townships.

The Zambian government received funds from the World Bank from 2003 to 2011 to clean up the area and address the health impacts, but according to the report, it only had residents plant grass and replace some topsoil, actions that stopped once the funding ended.

While the WB Copperbelt Environment Project also provided medical care for more than 2,800 children under age seven, HRW saw that these health facilities had no medication for treating lead poisoning, nor did it have a health database to track lead-related hospitalization or death.

The WB has also funded a five-year plan that began in 2016 to clean up the environment, as well as providing testing and treatment for lead contamination. As of July 2019, HRW reports that no testing or treatment has been carried out. The Zambian government has told the human rights body that cleanup and health interventions would be carried out before the end of 2019.

The report said the government told HRW that it did not have funds to pave the roads, which would be a big deterrent to lead contamination, as the road dust is breathed in by residents on a daily basis.

While the international human rights organization is afraid the government will not deal with the situation, residents have decided to mount a class-action suit against one of the mining companies, Anglo-American South Africa, and will be represented by London-based Leigh Day law firm.

The suit will be levied against the mining company in South Africa, on behalf of 200 children who have been treated for lead poisoning.

Anglo American reportedly said that it did not believe it was responsible for the current situation in Kabwe.

"The nationalization [of the mines] more than 40 years ago effectively placed these issues under the control of the Zambian Government," it was quoted in the media.