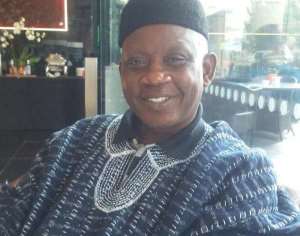 Some properties belonging to former Member of Parliament for the Salaga constituency, Ibrahim Dey Abubakari, has been seized to settle a GH¢1.5 million judgment debt.

The assets, a house and a Land Cruiser will be sold off and the money given to a former National Security Advisor, Alhaji Baba Kamara as damages for defamation.

Court officials and an auctioneer have already begun the process of auctioning the house located at Adenta.

The High Court on April 5, 2019, ordered the ex-NDC MP to pay Alhaji Kamara GH¢ 1.5 million in damages for defamation.

Mr. Abubakari accused Alhaji Kamara of inflating contract costs in the renovation of the Vice-Presidential Mansion and pocketing the money meant for a water project in Salaga and also diverting state vehicles and other items for his personal use.

The former MP failed to pay the damages citing unemployment for his failure to do so.

But the court on August 7, 2019, dismissed the application.

Alhaji Kamara, on March 20, 2017, sued Mr. Abubakari for damages and also sought a perpetual injunction restraining him from further making defamatory statements about him.

After more than two years of legal tussle, the court, presided over by Justice Patience Mills-Tetteh, found Abubakari liable and held that the former MP had the intention and that he deliberately set out to damage Alhaji Kamara's reputation.

Apart from the damages, the court also awarded costs of GH¢5,000 against Abubakari.

“Incivility is gradually creeping into our society; people give bad reports about other people on our airwaves without checking the authenticity of the facts and this must be controlled; public servants of this country must be lifted up and be respected after services to this nation. It is not right to accuse people of wrongdoing when it has not been established by any means that they have committed those offences.”

“This nation must not encourage the dissemination of false news and provocative vocabulary on our airwaves because it can cause irreparable damage to the image of the persons who are the subject of discussions. It does not pay to use words to tear up people in authority,” the presiding judge said in her judgement.