Cries of joy as odyssey over for Ocean Viking migrants 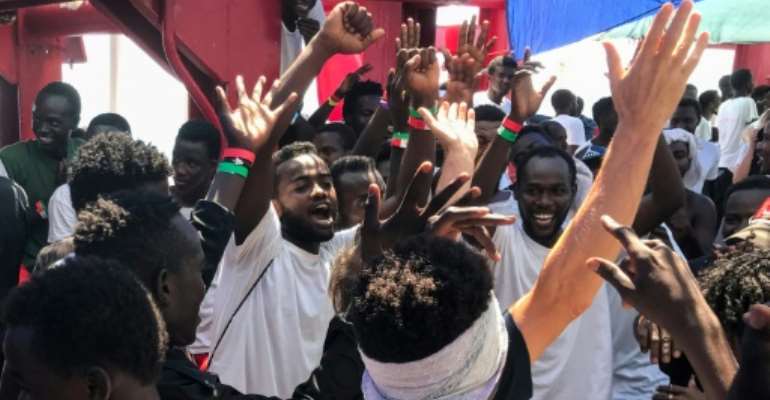 The news of an EU deal to take them the migrants in could not be kep secret for long. By Anne CHAON (AFP)

African migrants on board the Ocean Viking rescue ship howled with joy Friday as the news broke of an EU deal to take them in after a two-week standoff at sea.

"Thank you!" they shouted as the adults swept their children up into their arms and danced for joy on the deck of the Norwegian-flagged ship, run by charities MSF and SOS Mediterranee.

Some of those plucked from unseaworthy rubber dinghies off Libya between August 9 and 12 vowed they would never return to their homelands, after six European countries eventually agreed to take them in.

Jay Berger, the MSF coordinator on board, had planned to spread the news quietly after food rations were distributed. 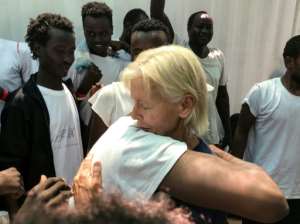 But among the closely-packed migrants, no secrets -- especially one this big -- could be kept for long.

They crowded towards him to hear him announce in English, then in French, the news that their sea odyssey was over.

The Ocean Viking had been denied entry to dock by both Italy and Malta in the latest in a string of migrant boat standoffs.

The strained atmosphere on the wooden deck where those rescued had been sleeping changed to euphoria in a heartbeat. 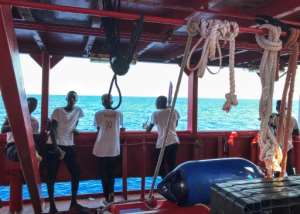 "Thank you, Mama," the youngsters said, kissing MSF nurse Mary Jo, who has taken care of them since their rescue.

They hugged their saviours -- Tanguy, Clement, Antonin, Basile, Eric and Alessandro -- and held the five babies on board up into the air in triumph.

"It made me cry, I cried," said Spanish sailor Marco, while crewman Jeremie agreed that "you never get used to" the emotional scenes when those saved from the treacherous Mediterranean crossing hear they will land in Europe.

From the ship's cook to captain -- an old West African truck driver -- the entire crew joined in the celebrations. 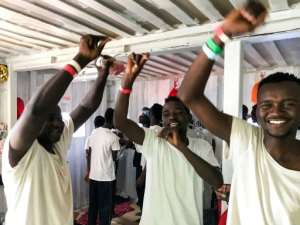 Malta's Prime Minister Joseph Muscat said the migrants would be transferred to navy ships, which would take them to land.

But none of the migrants even thought to ask when or how the start of the next chapter in their lives would happen.

The details matter little to those fleeing violence and poverty, who only want "security, study and work" to support families.

As the celebrations continued on board, fellow rescue charities cheered the Ocean Viking's news via social media but slammed the failure of European leaders to quickly deal with those fleeing conflict and poverty in Africa.