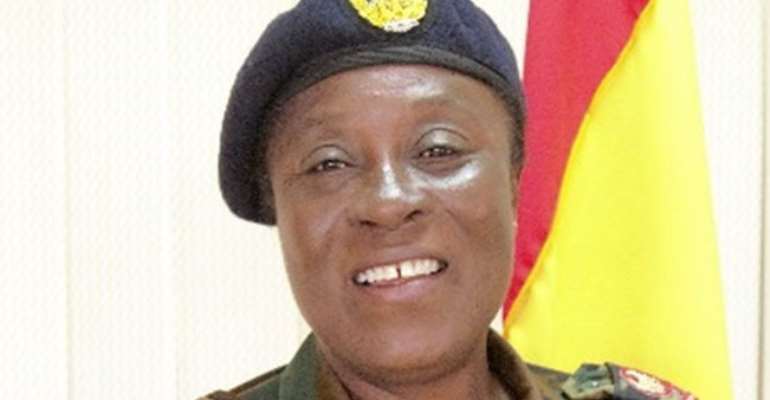 After 29 years service in the Ghana Armed Forces (GAF), President Akufo-Addo has promoted Col. Felicia Twum-Barima to the rank of Brig-Gen which makes her the second female General in the military.

Her promotion was based on the recommendation of the Armed Forces Council, the chairman of which is the Vice President.

The One-Star General has a long history in the military, having held 22 positions locally and in UN Peacekeeping missions abroad.

She is a former Director of Education at the General Headquarters, Burma Camp and will hold the position of Defence Attaché at the Ghana Embassy in Abidjan, Cote d'Ivoire.

She has expressed readiness to work with determination.

She is among the first batch of females to be deployed as a Military Observer (MILOB) in a UN Mission in the Democratic Republic of Congo and was once a Staff Officer in the UN mission in Liberia (2010-2011) and Ethiopia and Eritrea (2006-2007).