Blue Panda cruises against plastic in the Mediterranean 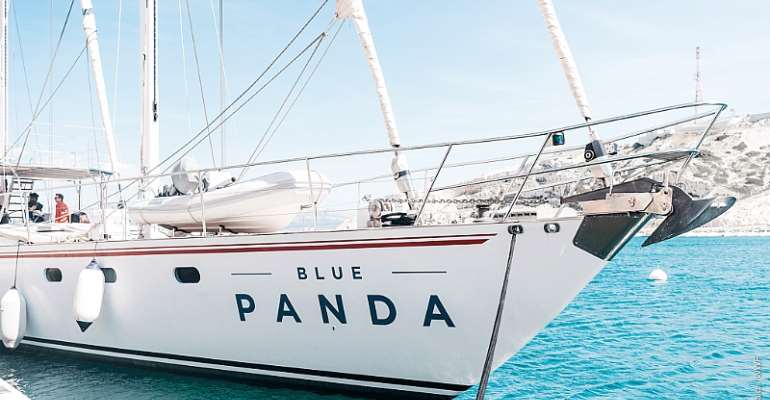 The WWF's Blue Panda boat has been sailing the Mediterranean since July. The crew aims to raise awareness among locals and tourists in port cities about plastic pollution.

"In France, we have approximately four or five million tonnes of plastic produced every year, and 10,000 tonnes go into the Mediteranean", says Pierre Cannet, Programme Co-Director for WWF France.

France is the largest producer of plastic waste among the 22 countries bordering the Mediterranean, according to a June 2019 study by WWF.

To raise awareness amid the population and decision-makers, WWF France has chartered a ship that has been sailing the Mediterranean coast since the beginning of July.

At every stop, WWF France teams conduct workshops on the use of plastic and its consequences on the environment.

Biodiversity in the Mediteranean
Human activities such as aquaculture, fishing, shipping, oil and gas industry, tourism as well as the massive rejection of plastics are threatening the species living in the Mediterranean.

"WWF, through the Blue Panda, were able to measure a very high rate of phtalate in wales. Phtalate is a substance we can find in the plastic, and the wales have it in their bodies […] Currently, the entire food chain is polluted by plastic", explains Pierre Cannet.

Engaging key stakeholders
"We really feel that when the boat is at the port, it's really important to raise awareness amongst mayors about plastic pollution. Citizens are mobilised on a daily basis but they can't actually change the system. The key is to get stakeholders like governments and mayors mobilised to stop plastic pollution.", adds Pierre Canet.

Recently, the city of Nice and 50 other cities on the French Riviera have signed an agreement with the WWF for the next three years to analyse and control plastic pollution.

So far, the #StopPlastique petition launched by the NGO in July has collected more than 1.3 million signatures.