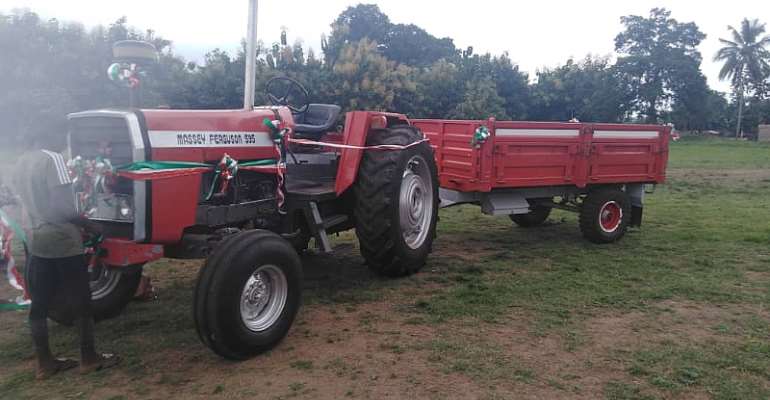 Business magnate and philanthropist, Mr. Samuel Kofi Danku has called on government and other stakeholders in Ghana’s agricultural sector to shift attention towards investment in technology.

According to Mr. Danku, such an investment will not only promote food security in the country but will also empower local farmers to produce more for export and promote job creation, in addressing issues of unemployment the country is currently constrained with.

Mr. Danku believes the 2030 SDG is achievable if all hands are brought on board, with the effective involvement of the major stakeholders in the sector including the central government by investing in modern ways of farming.

He made the call at an event to held to hand over a farm tractor he purchased to support activities of farmers in the Ho West District at Abutia on Wednesday.

The businessman also announced plans for the establishment of a cooperative union of farmers and promised to provide other farm inputs to them, said he was motivated to promote farming in the district because “it is paramount to see everyone developed”.

The Chief of Abutia Kpota, a farming community in the area, Togbe Tsali IV, who could not hide his joy, was full of praise for the gesture and called on others who have the means to emulate Mr. Danku, towards the development of the agricultural sector.

A representative of the District Chief Executive for Ho West District, Hudson Domey in an address on behalf of the DCE, Ernest Appau, stated that the initiative by Mr. Samuel Kofi Danku is in line with government’s Planting For Food and Jobs policy, which was targeted at farmers with the objective of job creation, food sufficiency and export.

He pledged the support of the Ho West District Assembly for the initiative and expressed gratitude to Mr. Danku for the gesture.

“We are in the assembly and it is the development of the area that we seek to achieve. Once whatever someone is doing will move the assembly forward, once it is within the assembly, we will support the initiative”, the DCE’s representative said.

A 5-member committee was subsequently inaugurated to manage, ensure efficiency and proper handling of the tractor. 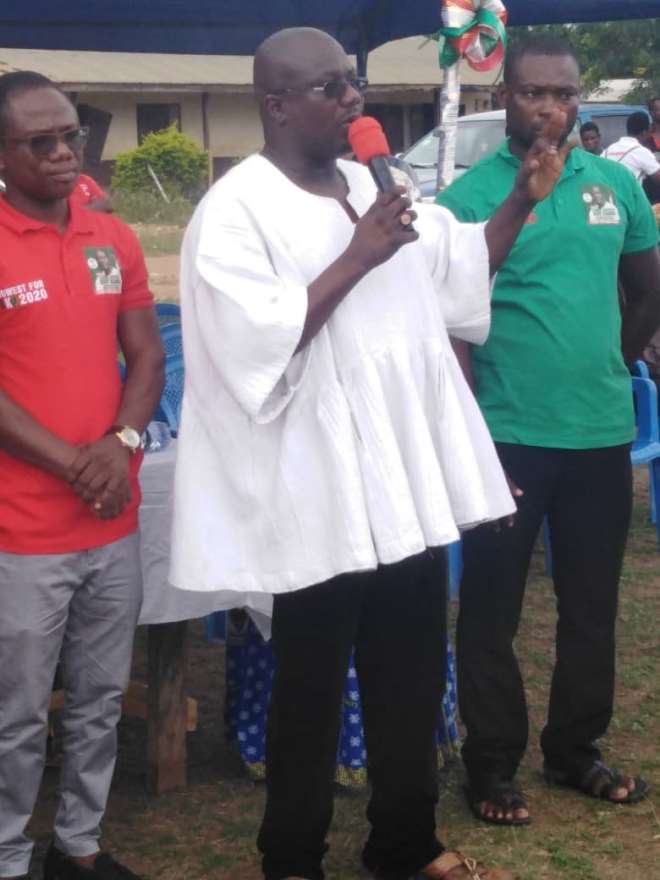