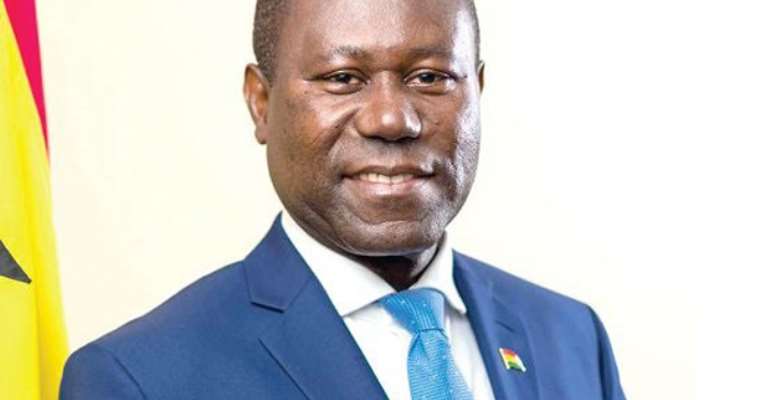 The Chief Executive of the Ghana Cocoa Board (COCOBOD), Joseph Boahen Aidoo, has issued a warning to cocoa farmers across the country to desist from engaging the services of children in cocoa farming.

He said COCOBOD has taken a stance against the use of children for such tasks as weeding, spraying, the application of fertilisers and harvesting of pods, particularly, in lieu of time supposed to be spent in school.

Mr. Aidoo served the warning while addressing a gathering of chiefs and people at Nyinahin in the Ashanti Region, on the second day of a three-day working tour of cocoa producing communities.

He cautioned particularly against bringing infants and toddlers to farms where they could be exposed to farm hazards.

The COCOBOD Chief asked the farmers to heed religiously to his caution as failure to do so could have dreadful implications for the nation's ability to sell cocoa beans to international buyers.

He cited the present embargo which the United States senate has placed on cocoa imports from Cote d’Ivoire into the United States, as the kind of fate Ghana could suffer if cocoa farmers practice child labour.

Mr. Aidoo went on to issue a second caution against deforestation and encroachments into forest reserves for use as cocoa farms.

He asked the farmers to police themselves and promptly report any such encroachers to authorities.