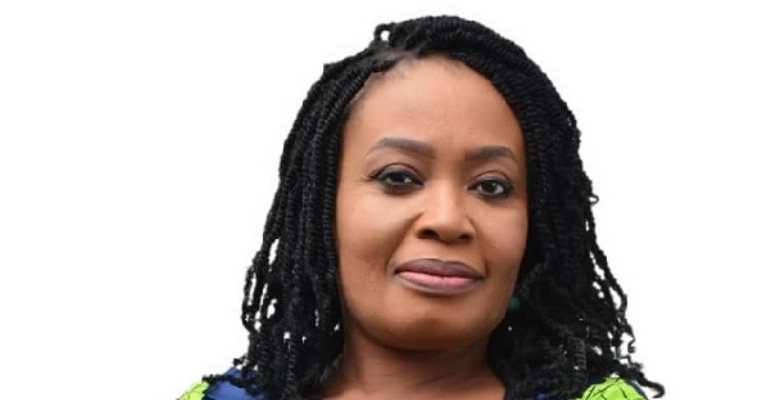 An aspiring parliamentary candidate of the opposition National Democratic Congress (NDC) for the Ayawaso West Wuogon Constituency, Afua Adoboe says her contender John Dumelo is not a threat to her chances in Saturday's upcoming primary.

According to her, although Mr. Dumelo is a public figure with quite a huge following and appeal, she better understands the issues of the constituency and the party's grassroots better, after going through various stages of serving the party in the constituency.

Madam Adoboe who was on Point Blank on Eyewitness News on Thursday stressed that she was a better choice for the party in the constituency.

“He [John Dumelo] has an appealing figure, that is okay, but I don't think I am doing bad when it comes to appeal. Because of what he does, a lot of people seem to know him better than me but I have done a lot of grassroots politics and the work that we intend to do in the constituency, we need somebody with understanding of the grassroots, of our people, who are like the base of the party,” she said.

‘50% + 1’ To Pick President Is Constitutional Misrepresentat...
16 minutes ago