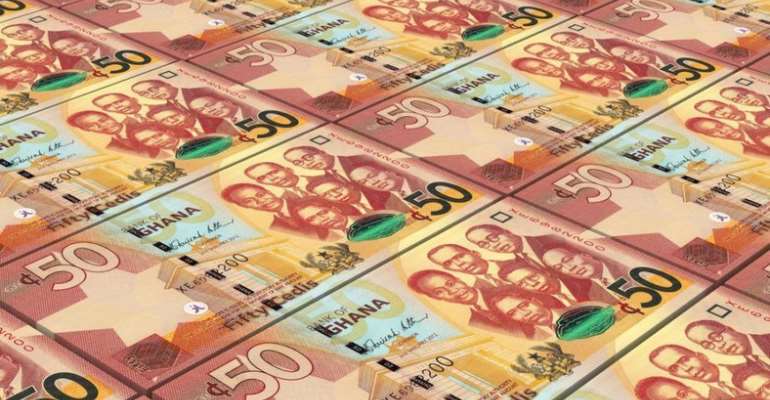 The amount spent includes the actual cost of printing the legal tender, fees paid to the agency that supervised the printing process as well as what the central bank describes as other currency expenses.

According to the central bank's 2018 annual report, the total cost of printing was around GH¢146.7 million while an amount of GH¢2 million was paid as agency fees with more than GH¢4 million spent on other expenses.

The cost incurred last year was 33 percent lower than the GH¢224.7 million cost the Bank of Ghana incurred in 2017 to print the local currency. 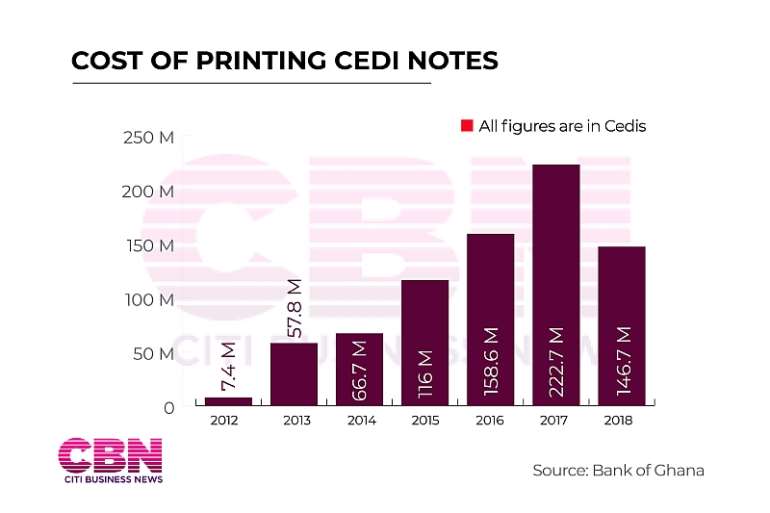 Since 2012, the cost of printing the legal tender has moved from GH¢7.4 million to about GH¢146.7 million, representing a more than 1,880 percent growth over the period.

Cumulatively, between that period, the Bank of Ghana has spent in excess of GH¢776.2 million in the actual cost of printing the cedi.

Meanwhile, agency fees paid during the period under review has gone up from GH¢769,000 to about GH¢2 million.