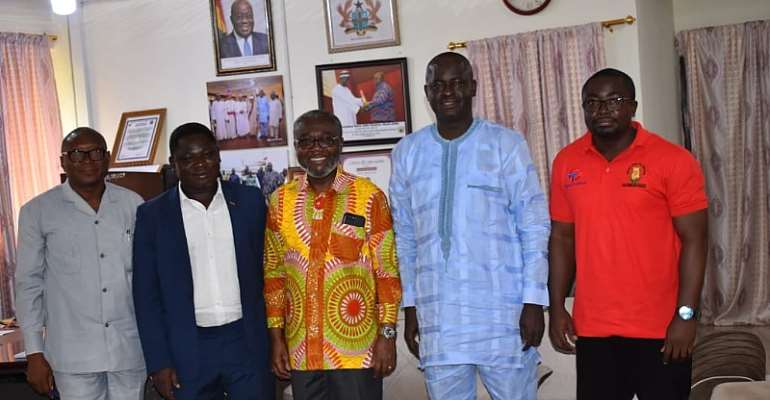 The Director-General of the Ghana Health Service, Dr. Anthony Nsiah-Asare, has hinted that the old facility in Wa which was, hitherto, referred to as the Upper West Regional Hospital will be converted into a Municipal and Psychiatric Hospital.

He said the facility could become a pure Psychiatric Hospital in the near future to serve the psychiatric health needs of the northern sub-region.

On the new facility, he stated that it could improve revenue generation for the region if it was well managed as a referral centre to attract people from Burkina Faso.

The Director-General, therefore, urged the Regional Minister to create an enabling environment to attract doctors and other critical staff to the facility to help ensure quality service delivery.

“The best way to attract people is to let them feel at home and to let the Chief Executives also make the people feel at home, especially the community nurses we send to the village and they have to go and look for places to sleep at very exorbitant prices”, he explained.

He also revealed that he had negotiated for the services of a group of highly specialised Ghanaian doctors in the United States called “Ghana Physicians and Sergeant Foundation” to support those posted to the facility as a short to medium-term intervention.

Dr. Nsiah-Asare also entreated the staff of the facility, including nurses, to work diligently to promote the good image of the facility and to shun any illegal activities within the facility as it was secured with CCTV cameras and would expose any person who would engage in such practices.

Dr. Bin Salih, on his part, gave the assurance that his outfit would do everything possible to ensure the facility served its intended purpose.

“If you look at what we have gone through to be able to have a regional hospital, it only stands to reason that we must give it all the attention that it deserves, and I can assure you that the Regional Coordinating Council will give it all the necessary attention”, he observed.

He also pledged to liaise with other stakeholders in the region to make the stay of the staff in the region very comfortable but appealed to the Director-General to employ the services of the competent and dedicated management team to the facility.

“The thing that is of concern to us is the management, particularly, the Medical Director, honestly, we will want somebody who will be committed to the job. We don’t care where the person comes from. We want someone who is dedicated and committed to the job. Once this is a new hospital we want a smooth take-off”, Dr. Bin Salih explained.

The Regional Minister also prayed the Director-General to support the region in the construction of the two new District Hospitals at Funsi in the Wa East District and Issa in the Daffiama/Bussie/Issa District.