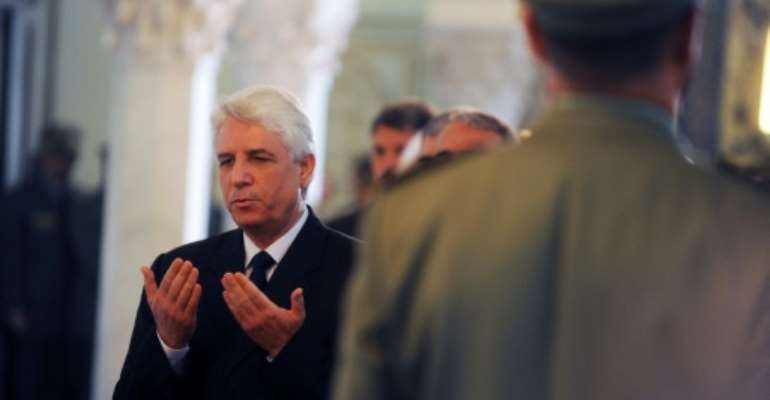 Algeria's former justice minister Tayeb Louh, seen in this 2012 picture, has been placed in preventative detention on allegations of abuse of power. By Farouk Batiche (AFP/File)

Louh is the latest in a string of prominent politicians and businessmen to be questioned or detained over alleged graft since president Abdelaziz Bouteflika resigned in April amid mass protests against his rule.

State television channel A3 said the investigating magistrate ordered Louh to be held in preventive detention, without giving further details.

The national news agency APS said the former justice minister is under investigation for several alleged offences, including "abuse of power and obstructing justice".

In July the Algiers prosecutor's office said it had opened an investigation into Louh concerning issues "related to corruption".

Louh, 68, was close to Bouteflika and served as labour minister from 2002 to 2013 when he became justice minister, a job he kept until the cabinet resigned in March in the face of growing anti-government protests.

Since Bouteflika stepped down, several politicians, government officials and businessmen once linked to him have come under scrutiny by authorities cracking down on corruption.

Two former prime ministers, nine cabinet ministers, a former police chief and a dozen key businessmen are among those placed in provisional detention in recent months.

But protesters fear the arrests are more the result of internal score settling post-Bouteflika than an even handed attempt to clean up Algerian politics.