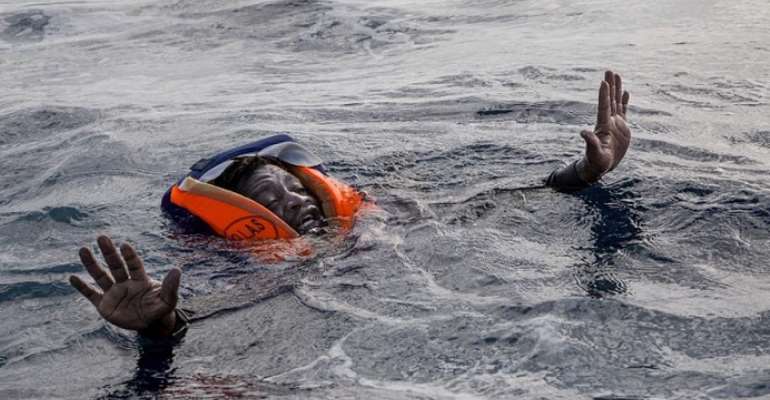 Hard life in Africa forces migrants to die in the Mediterranean

Deception and lies are not new in politics. The history of power has always been intertwined with deception and lies, yet they remain unavoidable knots that democracy is forced to face. The question, in short, is, is it legitimate? If so, what do political leaders benefit from telling lies and continuously deceiving the people all the time?

When I was young, with my mother, we arrived very late at the market called 'Dzufo Dzarno,’ – Tuesday market, between Mamprobi and Korle-Gonno, in Accra. A trader was selling avocado pear and the price was cheaper than expected but customers believed her when she told them that she has arrived at the market very late and wouldn’t like to take anything home.

It was very dark and there was no light in the market; therefore, people were just taking enough without careful examination. In the morning my mother realized that the avocado pears weren't good for consumption. Every part is rotten. “That’s the reason the woman came to the market very late because it’s dark and nobody can detect her deception and lies,” said my mother.

It seems every politician or world leader, has that deceptive character, similar to that of the avocado seller. They are professional chronic liars, full of deception and we have them too in African politics, including Ghana.

Donald Trump is an American businessman and according to a publication which was used against him by Hillary Clinton, during the presidential campaign, Trump never rents his estates to black people, yet to avoid his deceptive nature, during his political campaign, he was very close to the rapper Kanya West, taking photographs with him to continue his deception.

To Donald Trump, lying and deception are part of democracy or politics. He thinks that whoever does not lie is a loser or will never succeed. African leaders have the same mentality because they inherited it from diseased democracy.

According to a recent report from 'The Washington Post,' it is unbelievable that from the day of his inauguration till today, Donald Trump has lied ten thousand times, making him a world leader who lies about twenty times in a day.

How can America, a country persuading almost every country in the world to follow democracy, yet its economic and military power is guided by a person who practically lies from morning till evening, encouraging white supremacy and wouldn’t even accept blames for gun violence under his administration?

We have similar people in Ghana and in the Diasporas, shamelessly and hypocritically say they love Ghana and the people, yet keep insulting Fantis, Ashantis, Ewes, Gas, and Hausas. How can such a monstrosity be acceptable?

The issue of weapons of mass destruction, agitated by the American and British governments as justification for the war against Iraq turned out to be a colossal lie. But what is the weight, the meaning of the lie in politics compatible with democracy?

That of lying, deception, and injustice, as part of politics, are as old as politics itself because that is the real object of politics. No form of government is foreign to this problem, not even democracy, which was established on advertising the natural enemy of lies.

Politicians can deliberately mislead their opponents by influencing their feelings, psychology, often subversive activity. Lies and deception are aimed at changing the opinion of the masses about a particular policy, which actually doesn’t even change or improve the livelihood of the suffering masses.

The truth is that continuous deception and lies, often have a psychological impact on the masses.

In Ghana, for example, many were fed up with NDC, yearning for a change and John Mahama was voted out. The NPP under Nana Akufo Addo hasn’t been in power four years yet, but some Ghanaians have already realized that: The devil they know is better than an angel they don’t know.

Many are experiencing the same hard living conditions, deception, and lies, which forced them to push out the NDC from power, under the current government, yet many hate to speak the truth.

Journalists are working in fear because no one knows the eyes watching them. Some politicians bribe journalists of state-run newspapers, television, and other media outlets with the goal of only promoting themselves, their policies and to disseminate rumours and gossip against their opponents.

In such corruptible countries, if the media is not in favour of the government, it can be shut down. This is what happened to some media in Ghana recently, in the name of the deceptive democracy.

The names of institutions are being changed but none is improving the lives of ordinary Ghanaians. A waste of national resources, which occurred during the NDC administration, of which the current government criticized, has repeated itself and even increased under the administration of NPP.

What has made the problem worse in Ghana is, there is no unification, the truth, trust, and those who hate the truth often attack those who speak the truth. The reason Ghana, like other countries, nationals are facing extreme difficulties, economically and politically.

There are so many pastors who claim to be prophets in Ghana but where are they to prophesy about the unprecedented doom and hardships that Ghanaians will face in the year 2020 and afterward? Ghanaians will experience more hardships that the mass departure of the youth from the country, often facing hazards in the Mediterranean will increase. 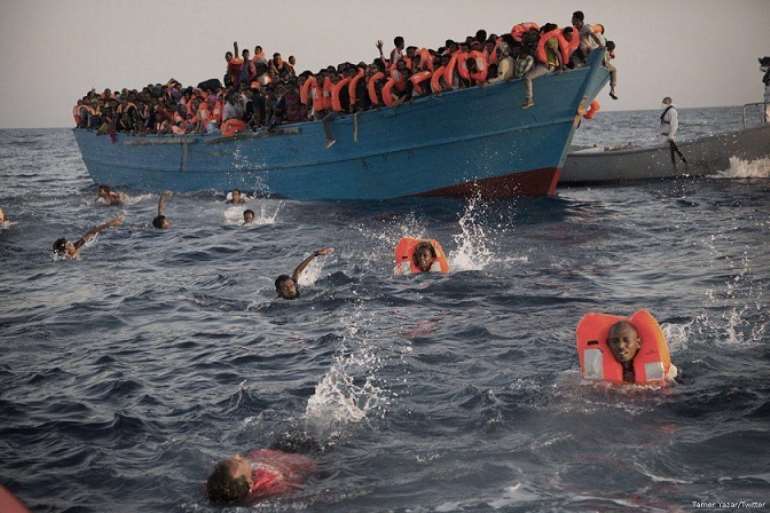 Bodies of 45 African migrants recovered off the coast of Morocco

The International Organization for Migration often gives the number of saved or perished migrants in the Mediterranean but hardly give the number of Ghanaians, either saved or perished. But one should know that since Ghanaian nationals travel more than any African nationals, it is likely that a lot of Ghanaians are amongst those already perished in the Mediterranean.

We shouldn’t always put the blame on foreign governments oppressive rule, through slavery, colonial brutality, Apartheid, Aids and Ebola. African leaders are also responsible for the exodus, the mass departure of Africans in search of greener pastures in foreign countries, often resulting in their deaths.

Ghanaians must fasten their seat-belts ready to pass-through these extra turbulent times because lies and deceptions in politics are well-developed methodologies that benefit the politicians in power and pushing the suffering masses into a state of confusion and psychological torture. The reason Africans are dying in the Mediterranean today.