Irresponsibility Of The Regulator 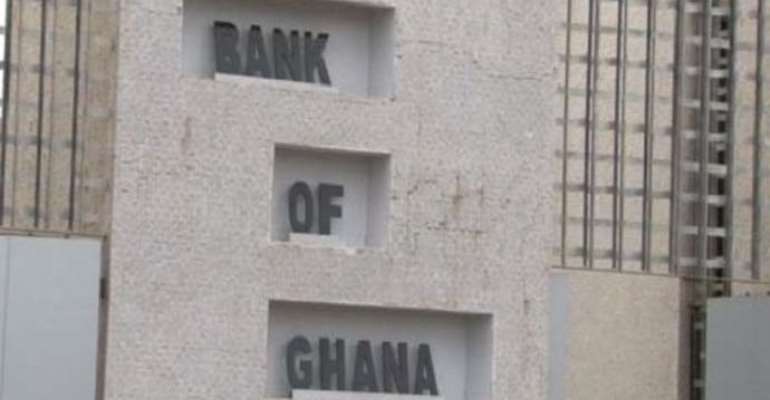 The President himself has acknowledged the irresponsibility of the Bank of Ghana (BoG) sitting on the fence, as it were, as the banking sector mess festered.

It is an institutional laxity on the part of officials of the BoG charged with the task of ensuring that the necessary norms were adhered to. Unfortunately, however, that was not the case. Many Ghanaians share the sentiment of Ghana's Chief Executive Officer (CEO) in this regard.

We think that it is time those directly responsible for the supervisory role in such matters were identified and confronted with the score sheet of their performance.

It is not enough to bemoan the irresponsibility and the emanating mess and not cracking the whip. Financial loss to the state and to individuals and more have been identified. The legal process of officialising the charges and the resultant action must be activated. That is the way to go.

It was such a serious mess that watchers of the banking sector were at their wits' end as to why the regulator allowed it to fester until the leadership of the apex bank changed and a new template unfurled.

It was so easy to breach the regulations and obtain a BoG licence, hence the appearance of many players in that sub-sector of the banking industry.

We might not be qualified to suggest ways of managing such mess when it occurs, but we can proffer our layman's counsel. Shouldn't we empanel a team to dig further? Perhaps this is but a superficial picture; more serious angles could exist. It would be worthwhile knowing whether or not the supervisors or inspectors knew what was happening but decided to stay aloof or were prevailed upon to let the status quo remain.

Such knowledge would add to what we already know about how political interference affected dismally in the performance of the various departments of the state and how much we are paying for the recklessness.

Above all, we would be better primed to obviate a future recurrence after the defaulters should have suffered the penalties.

It is a fact that those who slept on their jobs accounted for the egregious fallouts from the mushrooming savings and loans companies which operated without adherence to the rules. We can bet that there were stashes of applications for the BoG licences; after all, it was a near free-for-all field and none was going to fail the scrutiny but for the new order at the apex bank.

For the shutdown companies, they displayed the BoG authorization to operate on their facades with such pride that the unknowing just walked in thinking that they were covered by the apex bank's awesome cover.

Perhaps that is why the apex bank must take up the charge of refunding the deposits. They let the people down and must pay dearly for their irresponsibility.

It is unimaginable that persons with such wealth of experience would allow themselves to be hoodwinked by savings and loans banks applicants with fictitious documents. Perhaps the officials guided them to fill such forms. Only a high-powered panel can lead us to such fine yet important details.