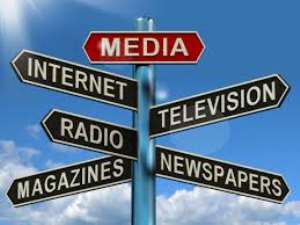 At least 13 females have been selected to participate in journalism and leadership organized by SheWrites, SheLeads.

The training is expected to inspire young women to find their voice, self-expression and tell their own stories by picking up writing as a hobby.

It is also expected to motivate young women to pursue leadership by highlighting stories around them and possibly to pick up a career in journalism and groom young women leaders.

Bettie Johnson-Mbayo, Executive Director of SheWrites, SheLeads says the training if completed will equip young women to be good writers and leaders as journalists and leaders.

“We must be ready to compete with our male counterparts in media development, that is if we look at the media managerial format, women are few and I hope that the chronicle will change.”

“I believe that creativity and imagination when properly harnessed are gifts that can help in the transformation of lives and I believe that reading and writing builds a foundation for young females to become leaders among their peers.”

Ms. Mbayo says the act of being a published, young author or illustrator increases positive self-esteem and encourages young females to be role models to other females.

The training is expected for two weeks and it is in collaboration with the President Young Professionals and Internews-Liberia.

“Journalism as a career is a highly responsible job, and highly interesting at the same time. people looking for a career in journalism should have a presentable and confident personality, along with the ability to write and present information accurately and concisely,” Mr. Zarbay noted.

Al-Varney Rogers, Staff writer at FrontPage Africa spoke on the safety of journalists Journalists adding that there are three things a journalist should look out for; Physical, digital, and psychosocial safety before going on an assignment.

“Journalists and their stories and investigations are a threat to government embroiled in corruption, violating citizens’ basic rights, etc.

“High-risk assignments for journalists mean working in conditions where the likelihood of physical harm (death, injury or serious illness) is significantly higher than normal," Rogers’s stated.