Mahama Is A 'Terror' To Free SHS — Wontumi 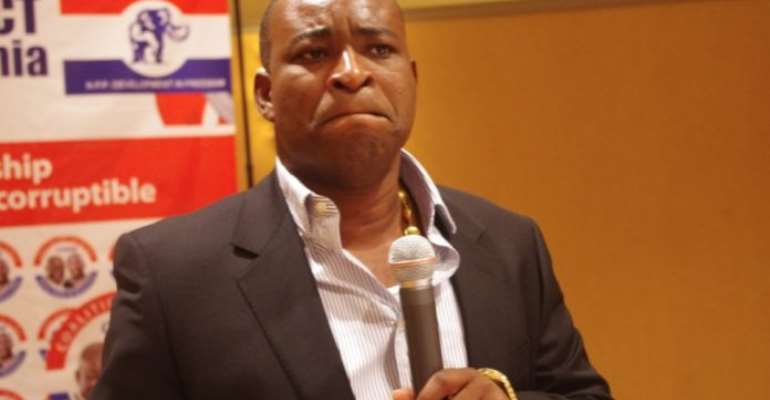 According to him, Mr. Mahama who has been against education appears confused and lacks the knowledge to review the free Senior High School policy if he comes back to power.

“John Dramani Mahama and his NDC have nothing better to offer Ghanaians, they are coming only to steal, kill and destroy. Go and read Kwasi Botchwey report and you will see the kind of person John Dramani Mahama is, he is confused” Chairman Wontumi stated in an interview monitored by thepressradio.com on Thursday, August 22, 2019.

The response of Chairman Wontumi follows the comments made by the former President that a future National Democratic Congress (NDC) under his watch would review the Free SHS policy to make it better.

The former President who was speaking at the official opening of the 27th Annual Presidential Delegates Congress of the Ghana National Union of Technical Students on Wednesday in Kumasi said “I am determined to make the free SHS a beneficial learning experience more than the current miserable condition our children are facing under Nana Akufo-Addo.”

But Wontumi said “former president comments have exposed his hypocrisy and lack of knowledge on matters concerning education. You have been in office for 8years if you can review the Free SHS policy and make it better why couldn’t you do it”.

Adding that, he (Mahama) can only turn good things into bad and eventually collapse it.

“Mahama can only turn good things into bad. He won’t add anything to the free SHS. He would only create problems for the policy and strangle it for it to die. When Former President Kuffour implemented National Health Insurance Scheme the same Mahama and his NDC told us that they would bring one time premium but the NPP administration inherited a 1.2 billion Cedis debt left behind by the NDC,” he emphasised.