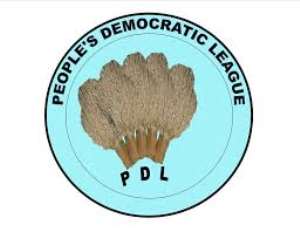 In a genuine democratic culture, elections are periodically held to serve two purposes. First, to promote the constitutional human right and freedom of voters to elected their leaders of their choice in order to manage their affairs and secondly, to create an enabling environment for candidates to canvass eligible voters to vote them in a peaceful, free, fair and honest electoral process. However, elections in Sierra Leone far from achieving these purposes, they are contentious and by extend, divide the electorates along ethnic and regional politics.

To the People’s Democratic League (PDL), malicious and well-funded hate campaign is referred to any speech, gesture, conduct, writing or display which can incite people to political violence or prejudicial action. Hate speech campaigns are the tools being employed in constituency 110 as political weapon to ridicule, slander, vilify and abused the social media to mislead public opinion or insult the conscience of the Sierra Leonean nation. This has left the people in constituency 110 and other parts of the country more divided today. If this continues, the consequences would be harmful to the country’s current peace and democracy, as well as to any meaningful development programme.

It is worthy of note that the absence of clearly articulated laws against hate campaign during electioneering period has further make mockery of our democracy. More worrisome is the fact that, the weakness of the extant institutional and administrative mechanisms (like Parliament, Judiciary, NEC, National Human Rights Commission, National Commission for Democracy, the PPRC, among others) for the enforcement of existing laws. This is so because our parliamentarians whose conducts are meant to be regulated by these laws are the ones who design the electoral regimes; and at times their actions are at variance with the welfare of the Sierra Leonean people. Lack of institutional, administrative, and financial autonomy has reduced the country’s cherished institutions into a tool for the advancement of the political interests of big political gurus.

The recent chaos and political violence that characterized the political parties’ campaign in constituency 110 is highly unfortunate and regrettable. These must not be allowed to be repeated anywhere in the country. The existence of different parties is necessary in a democratic society, where diverse political views are shared in a peaceful and healthy environment. The existence of an opposition in a democratic country should not be a license to create to violence. The PDL is not aligned to any political party but speaks in relation to its patriotic zeal to see that Sierra Leone moves forward. We believe politics everywhere affect the day to-day lives of the people, and therefore the PDL has a role in consolidating peace and promoting democratic good governance in Sierra Leone.

We urge our political leaders to stay away from hate speeches that could trigger violence during and after the by-election on August 24. We urge Sierra Leoneans to continue to uphold a peaceful environment where non violent actions give expression. We appeal to our youth never be allowed to be used as political purveyors of violence against each other or as agents of hate and vilification through social media. We therefore urge our youth to use the social media wisely and morally to disseminate the message of peace and patriotism.

Through this statement, the People’s Democratic League (PDL) commends the constitutional and democratically-elected government of Sierra Leone, the Sierra Leone police and other stakeholders in the steps that they have taken so far on the road to violent-free by election in constituency 110. It is indeed commendable that NEC and the government have taken further steps to ensure security of the public during and after voting in constituency 110 by election on August, 24.

As a peaceful and freedom-loving political party, we appeal to stakeholders with a direct link to electoral processes such as law enforcement agents to carry out their duties without fear or favour; for political parties to shun violence and hate speeches and to respect the constitutional human rights and democratic freedom of the people of Sierra Leone; to the media to stay non-partisan in the national political divide. We call upon traditional leaders as custodians of our culture to be non-partisan. We call all Sierra Leoneans to pray for continued peace and development of our nation.