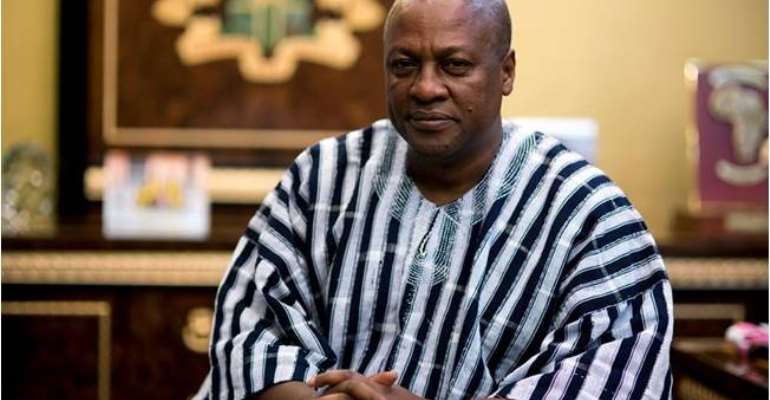 Former President John Dramani Mahama will later today [Thursday] interact with the public on some trending national issues in the country.

The event will be characterized by an interactive session which will be live on social media at 5pm.

According to Citi News sources, top on the agenda will be the latest financial sector crackdown among others.

Other topical issues will also be addressed.

“Flagbearer of the opposition National Democratic Congress (NDC) will be live at www.facebook.com/jdmahama at 5.00pm on Thursday, August 22, 2019 to interact and take questions from around the world,” Mr. Mahama posted on his facebook wall.

John Mahama, who is also the flagbearer of the opposition National Democratic Congress (NDC) is seeking to unseat the New Patriotic Party (NPP) and return to power after losing in the December 2016 election to the NPP’s Nana Akufo-Addo.

Earlier this week, Mahama dominated headlines for challenging President Akufo-Addo to reduce the number of his ministers and deputy ministers by 40.

While the call received some negative reaction from government, a section of Ghanaians believed the call was in the right direction.

John Mahama described as unconscionable the appointment of over 60 Deputy Ministers and pledged to do otherwise.

The Akufo-Addo administration has about 125 ministers, over 30 more ministers more than John Mahama’s government.

Criticisms against the size of the Akufo-Addo government are not new.

But President Nana Akufo-Addo in an earlier attempt to justify the number suggested that he needs the numbers to undertake the magnitude of work expected of him.

“As you know there are some who say my government is too big and there are too many of you [Ministers]. I am a firm believer in the adage the proof of the pudding is in the eating,” Akufo-Addo said in a public address.