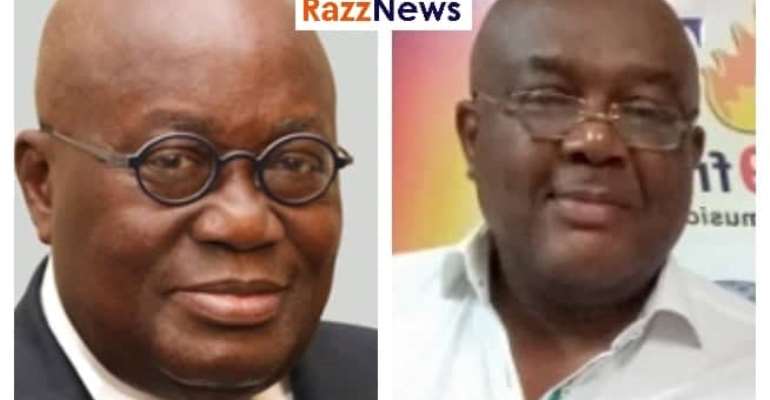 Former Eastern Regional Minister and a staunch member of the National Democratic Congress (NDC) Emmanuel Victor Smith has indicated candidly that, Nana Akuffo-Addo would have been dead by now if it hadn’t been that he is the President of Ghana

Nana Akufo-Addo, who was Ghana’s main opposition leader in the 2016 elections, won the Presidential election, defeating President John Mahama, by 53.8 percent to 44.4 percent.

“They needed power, Nana Addo needed power by any means so he asked Ghanaians to try him and see…he was extremely desperate to the extent that he would’ve died if not because he won the elections and is now the President

He and his NPP government because they needed power lied that former President Mahama is corrupt…I heard the vice President, Bawumia saying in Central Region that Mahama is corrupt, Mahama Dubai; all because of power…Well, after putting dust in the eyes of Ghanaians, what do they have to show?…they have failed woefully”.

Victor Smith told Boamah Darko host of "Maakye" on Accra-based Hot 93.9FM while discussing the performance of Nana Addo and his NPP government.

According to the experienced diplomat, the 2016 elections was rigged, hence he doesn’t believe the outcome:

“Well,if for whatever reasons Ghanaians believed the 2016 elections, Me, I can tell you personally that i don’t believe the outcome of the last elections…they stole it and I will continue to say that, one-day people would give my stone to me”.He said.

Victor Smith, sounding extremely disdained, cautioned the New Patriotic Party(NPP) not to try and rig the 2020 elections like they did in 2016, else there would be total chaos in the country.

Kindly watch excerpts of the interview below!

JHS Not Increased To Four Years Or Reduced SHS Duration – Na...
11 minutes ago

We've Been Begging To Survive Over Closure Of Our Shops – N...
11 minutes ago