Then Proceed on Leave, Maame Tiwaa 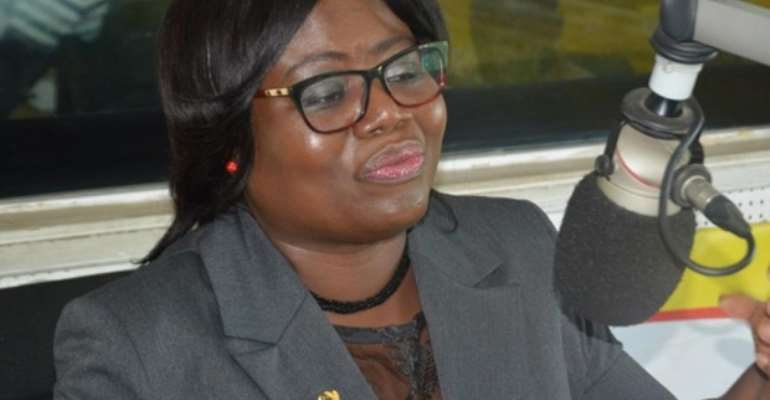 It is a tough judgment call here, knowing perfectly well that the kidnapping of the three Sekondi-Takoradi young women appears not to have been properly handled by some of the relatives of the victims themselves, it is increasingly becoming difficult to damn the Director-General of the Criminal Investigations Department (CID) of the Ghana Police Service (GPS) for professional incompetence or administrative ineptitude – (See “Takoradi Kidnappings: I’m Not Resigning, I’m Focused – CID Boss” Modernghana.com 8/15/19). We learn, for instance, that, rather than immediately get the local police involved in the hunt for the Nigerian-born criminal suspects while their trail was still white-hot, some of the parents and family members of the alleged kidnap victims had unwisely resorted to negotiating with the suspects for the payment of ransom moneys.

Now, negotiating with the criminal suspects for the payment of ransom moneys was clearly not the wisest thing to do, especially in the age of the riotously rampant access to and the use of the cell- or mobile phone. As well, the answer that we have reportedly gotten from these obviously naïve and apparently reckless relatives of the kidnap victims is that they could not trust local police personnel to not succumb to kickbacks from the suspected kidnappers, thereby effectively botching up their cases. Well, after a little over a year, the cases well appear to have been botched up anyway. Nevertheless, it did not help matters the least bit that some police personnel higher up the rungs, that may very well have included the CID boss, at least as adumbrated in an article that appeared on Modernghana.com and had the byline of one Dr. Yaw Ohemeng, that the police had decided earlier on that attempting to rescue the kidnap victims was of a very low priority. This shocking revelation was primarily what prompted yours truly to call for the immediate resignation of Maama Yaa Tiwaaa Addo-Danquah, who holds the very prestigious rank of Commissioner of Police (COP).

Now, she says that she is too busy working to get to the very bottom of the three kidnap cases that may have already gone far past the stage of finding the kidnap victims alive and well, to worry about any calls for her resignation. There is also talk that the three young women may have long been shipped out of the country, to Nigeria, to be precise, and sold for some $ 5 K apiece. I haven’t had enough time to absorb the full details of this angle of the narrative, but I have already made up my mind not to place any worthwhile modicum of credibility on the same. Nonetheless, what rankles me even more than anything else is news making the rounds that the man who may have deliberately botched the JB Danquah-Adu’s apparent assassination case has, somehow, emerged from the proverbial woodwork pleading with the general public to patiently wait while Maame Yaa Tiwaa Addo-Danquah studiously work around the clock on her “low priority” investigative cases.

On the latter count, my terse and very simple response is that Mr. John Kudalor, the former Inspector-General of Police (IGP), has absolutely no credibility and moral authority to be instructing the general Ghanaian public on how to act and/or react towards his former minion’s evidently gross display of professional incompetence. Indeed, it is crystal clear that Maame Yaa Tiwaa is perfectly aware of and, perhaps, even feeling guilty and remorseful about the fact of having woefully let down the kidnap victims, their relatives and the Ghanaian public at large, when she ought to have laudably risen up to the occasion the way that she had allegedly done in the case of the abduction of the two young White-Canadian women when it mattered most.

You see, my view here is that if the key operatives of the Ghana Immigration Service (GIS) are going to allow legions of Made-in-Nigeria first-class criminals to swamp our otherwise peaceful and low-crime country, all in the dubious name of ECOWAS and the free movement of denizens in the West African sub-region, then we had better recruit the Chief of the Defense Staff of the Ghana Armed Forces (CDS of GAF) and the Army Commander as our new IGP and our Director-General of the CID, respectively. I hope Nana Akufo-Addo is paying sedulous attention.