French musician carried off by a bear in Canada 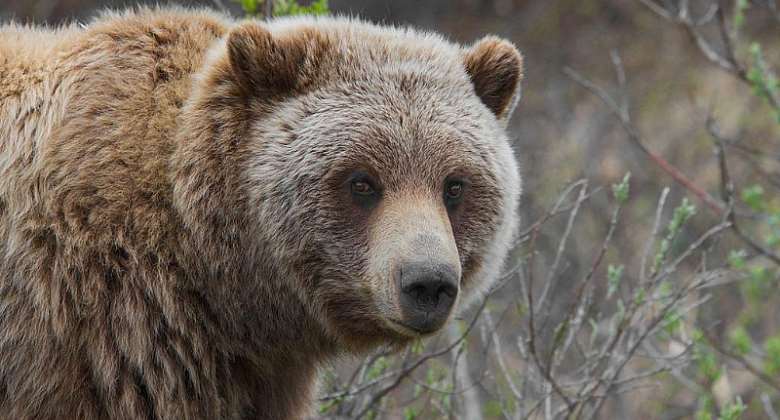 Gauthier, 44, was travelling with a friend in Canada's Northwest Territories, where he was gathering recordings of nature for use in his music.

They were about halfway through a nearly 1,500-kilometre canoe journey down the Mackenzie River when a bear attacked Gauthier in the night between last Wednesday and Thursday.

The friend, biologist Camille Toscani, found another group of travellers who alerted authorities, and the Royal Canadian Mounted Police (RCMP) found a body on Friday afternoon.

The RCMP told AFP agency on Tuesday it had “found a man dead” who had “encountered a bear”, but would not confirm the identity of the victim until after an autopsy that was expected to be carried out within 24 to 48 hours.

Friends and associates have been releasing information about the incident.

“I am profoundly saddened to share news of the death of our companion,” Marc Feldman of the Brittany Symphony Orchestra, where Gauthier was composer in residence since 2017, posted on Facebook on Monday.

Music, photography and adventure
Toscani told French newspaper Le Parisien they were camped along the river 50 kilometres south of the village of Tulita when the attack occurred.

According to Le Parisien, the RCMP said the bear seized him “by the neck and shoulder before carrying him off into the forest”.

The RCMP sent a helicopter to evacuate the campers and search the area.

The pair had planned to spend 30 days in August and September travelling downriver from Fort Providence west of the territory's Great Slave Lake to Inuvik on the shores of the Arctic Ocean.

“During the adventure, Julien will record and be inspired by the new sounds he will encounter there and Camille will take photos,” read a description of their journey on crowdfunding site KissKissBankBank.

“Upon their return, Julien will work with the recorded sounds with Michèle [a cellist] to find inspiration for creating an original composition. They will create a mini-concert/installation around the project that will include Camille's photos, in an intimate space in Paris or in the surrounding region.”

Gauthier used sounds of nature in music
Gauthier met Toscani in during a five-month residency on the Kerguelen Islands, a French territory in the southern Indian Ocean, where he was gathering recordings that he included in his work “Symphonie australe”.

“I recorded sounds of animals; penguins, seals, sea elephants, of the scientists' base, of boats. Then I studied these sounds to try and extract rhythms and melodies,” he told the France Musique radio station in an interview about his symphony.

The composer was continuing this line of creative research in the Northwest Territories. “We knew he was going to bring back interesting material from this region and that we would work on it afterwards,” said Marc Feldman.

Gauthier's companion Laura told Le Parisien the musician “was very ambitious. He brought together music and his adventurous side. He was so excited about this trip. Unfortunately, it cost him his life.”

Gauthier was born in Ottawa to French parents, also held Canadian citizenship and lived in Canada until he was 19.

He studied at the Paris Conservatory and lived in the Parisian suburb of Pantin. In addition to composing, he also led seminars at the Philharmonie de Paris and taught at the conservatory at Gennevilliers for the past 11 years.

“He was as involved in music as in social and environmental issues,” the conservatory's co-director Nathalie Robert told Le Parisien.

Bear attacks are rare
Officials have not identified the type of bear involved in the attack, but said one grizzly and one black bear were killed and were being tested as part of the investigation.

Wildlife officials say the territory is home to as many as 5,000 grizzly bears but that attacks on people were rare.

Megan Wohlberg, spokesperson for Natural Resources Canada, said that Gauthier was the fourth fatality linked to a bear attack in the Northwest Territories in 20 years.

Bear attacks killed three people in Canada last year: an inuit hunter by a polar bear on Hudson Bay in Nunavut in August, and a woman and her 10-month-old baby mauled by a grizzly in the Yukon Territory in November.

Gauthier was the second French man to have died in the Northwest Territories this month. Another French man was found dead on 7 August on Great Slave Lake, where he had been kayaking alone towards the Arctic Ocean.