Are your selfies turning to be painful ones? You might be suffering from selfie wrist 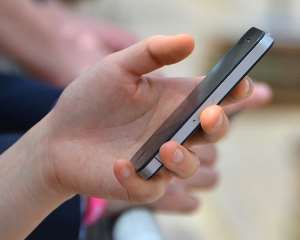 Be it for keeping up with the social media trend or thanking to the emphasis on beauty standards and the beautify features in the front cameras (now often termed as selfie cameras) of the upgraded mobile phones. From the times when we had reeled cameras that not only limited the amount of pictures clicked but also made us dependent on someone to click our pictures to the present days when all that one needs is a cell phone and a thumb tap. Most of the millennials’ phone galleries are filled with the countless selfies taken in numerous expressions and filters through various apps. From being an easy self-dependency of clicking pictures yourself, taking selfies has now become an obsession. The obsession seems to be only taking grave forms from being a phenomenon to exploding as an addiction of this digital age to now emerging as a serious health hazard. Many medical professionals across the world have already talked about the large number of mortalities and morbidity worldwide in association with selfies.

The negative impacts of social media are out there and being stressed enough. The need of taking selfies constantly has also been blamed on the obsession with physical appearance and looks to put out on social media platforms. However, the psychological harm that this obsession could have, the discussions are now also happening on the risk of body dysmorphic disorder.

Selfies are now affecting not just the mental but also the physical health of people. The addiction to take selfies constantly has started to come up with problems related to wrist in many people. The possibility of a physical harm from selfie addiction was not paid as much attention to as much is its psychological effects. However, the cases of physical harm from selfies have also started to come up now, in the name of “selfie wrist” which is being reported to be on rise. It is a form of carpal tunnel syndrome, which occurs when nerve becomes pressed or squeezed, leading to a burning or tingling sensation and even numbness at times. The median nerve stretches from the forearm to the palm of the hand and runs through a narrow passage in the wrist which is called the carpal tunnel.

People who experience selfie wrist mostly go through tingling or sharp pain while flexing the wrist inward or due to holding the phone for a long time without any movement. Selfie wrist basically is similar to an overuse injury that happens when a person is continuously taking selfies by flexing their wrists inwards which is not a natural position and the repeated stress develops a painful or tingling sensation in the wrist. American media personality, Kim Kardashian had also revealed to have been diagnosed with selfie wrist.

Another reason for the rise in selfie wrist has been with the ‘story’ feature on social media platforms which has nudged the youngsters into wanting to capture everything around them and show it on their profiles. This is being observed mostly among the youngsters who are new to the corporate industries or are just starting to work. The change in their lifestyle and the newness of everything around them pulls them into clicking everything new around them throughout the day inn their new offices, new locations, every new thing occurring around them and the continuously put them on their social media app. This prolonged usage of phone in an almost constant manner often leads to selfie wrist without them realizing it even slightest. This day-to-day selfie craze is only increasing with serious consequences and no realizations.

The obsessive need to take that perfect picture excessive amount of times can also sometimes initiate more than just wrist problems. While the possibility of the pain being triggered due to long hours of typing on laptop/desktop keyboards or phone screens and a wrong posture while sleeping cannot be denied, taking too many selfies is emerging as the major cause of wrist pain among people currently.

Some of the ways to reduce selfie wrist chances are: