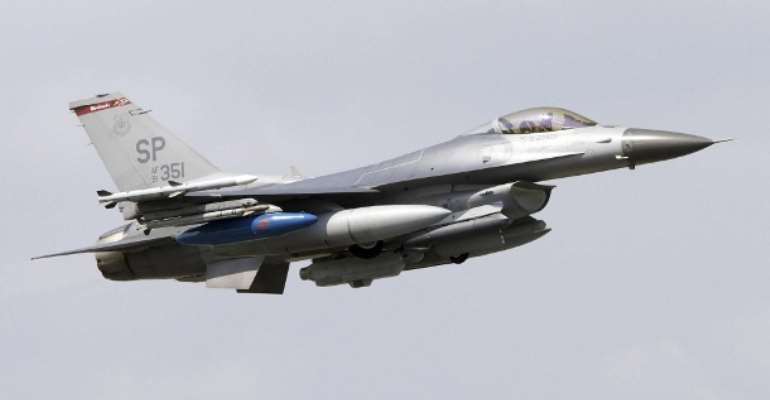 An F-16 fighter jet of the American Air Force

The USA has given the go-ahead for the sale of combat aircraft to China's arch-rivals Taiwan. Beijing threatens with countermeasures.

The US government has given the go-ahead for the sale of 66 F-16 fighter jets to Taiwan. As the US State Department announced on Tuesday, President Donald Trump approved the arms deal with a value of eight billion dollars, which is the equivalent of 7.2 billion euros. The supply of arms should upset China. Beijing sees Taiwan as a renegade province that is to be reunited with the mainland one day, if necessary with military force.

On Monday, a spokesman for the Chinese Foreign Ministry had criticized US arms deliveries to Taiwan as a "serious violation" of agreements between Beijing and Washington and as "serious interference in China's internal affairs". Should the USA not stop planned arms deals with Taiwan, Washington would have to "bear all consequences".

US Secretary of State Mike Pompeo said on Tuesday that the delivery of the fighter jets was in line with the agreements and "historical relations" between the US and China.

The US Defense Cooperation Agency, which oversees US arms shipments abroad, said the arms deal would not change the "basic military balance" in the region. The F-16 fighters would allow Taiwan to secure its airspace, contribute to regional security and be "inter-operable" with the US.

The fighter jets to be delivered to Taiwan are the latest model of the Lockheed Martin F-16. The island state already has an F-16 fleet, which was purchased in 1992 and has been modernised several times since then. Many Chinese neighbours are very concerned about Beijing's military armament.