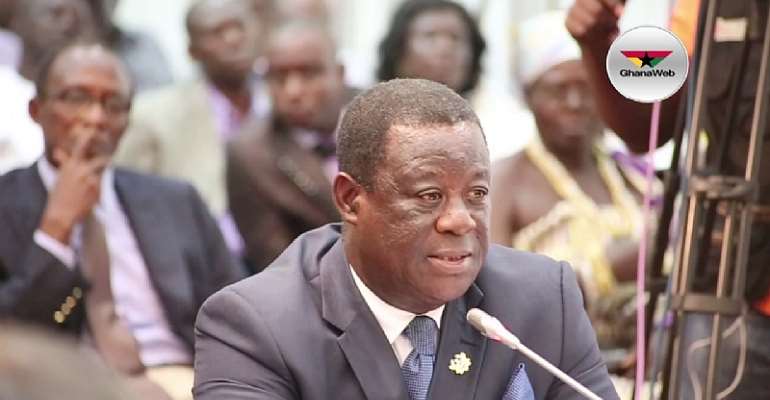 The Member of Parliament for Atwima Nwabiagya South Constituency in the Ashanti Region Hon. Emmanuel Agyei Anhwere has dragged the Minister for Roads and Highways Hon Kwasi Amoako Atta to the floor of Parliament to explain why works on Sofoline-Abuakwa highway has halted.

He said that it has become necessary for the road minister to lay bare all contracts, funding and the current state of the 11-kilometer road to allay any suspicion of misappropriating of funds on the project that has negatively affected economic activities of the residents.

The MP made the revelation when he spoke to Otec News’ reporter, Kwame Agyenim Boateng on Tuesday, August 20, 2019, on ‘Asanteman Akwan’ ‘on Otec FM’s ‘’Operation Fix Our Roads #OFOR Campaign” program hosted by Captain Koda, in reaction to concerns raised by some residents over the poor state of roads in his constituency.

Hon. Agyei Anhwere disclosed that the Roads and Highways minister is expected to appear before the House by the end of October 2019 to answer pertinent questions relating to the deplorable nature of roads in the Ashanti Region, particular the Sofoline-Abuakwa highway.

According to him, work on the Sofoline-Abuakwa highway which was awarded to the construction firm China Geo in 2007, has been abandoned by the contractor, for lack of funds, making it difficult for commuters to access the road as a result of huge traffic.

He conceded that residents in the Ashanti Region have the right to take the government on over the poor state of roads, as 90 percent of roads in the region is in a shambolic state.

The legislator expressed his displeasure at the slow pace of work on roads in the region and called on the government to fix the roads if it wants to mass votes in the 2020 general elections.

"NPP government has no excuse to fix Ashanti roads if we want to retain power and steers the affairs of the nation" he said.

JHS Not Increased To Four Years Or Reduced SHS Duration – Na...
40 minutes ago

We've Been Begging To Survive Over Closure Of Our Shops – N...
40 minutes ago