Toll from attack on Burkina military base rises to 24 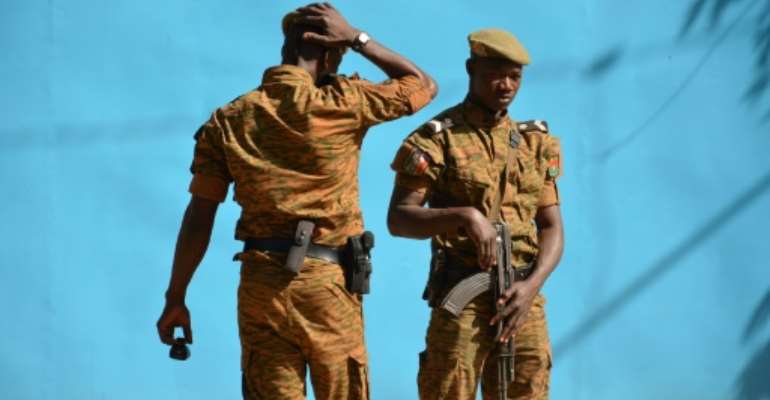 Burkino Faso has been batteling jihadist groups since 2015. By Ahmed OUOBA (AFP/File)

The death toll from an attack Monday on a military base in northern Burkina Faso rose to 24, the military said, in an unprecedented blow to the army in its campaign against jihadist insurgents.

Seven people were wounded and five others were missing, armed forces headquarters said in a statement Tuesday.

The previous toll from the attack, at Koutougou in Soum province near the border with Mali, had been given late Monday as "more than a dozen". 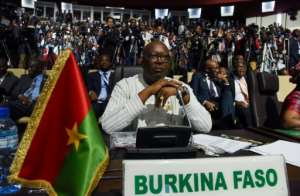 "I call on the people of Burkina Faso to remain firm in this long-running struggle against terrorism," President Marc Christian Kabore said in a tweet, his first statement since the attack.

An "extraordinary meeting of the defence council" was held at the presidential palace in the capital Ouagadougou, a security source told AFP.

The country's main opposition party, the Union for Progress and Change (UPC), said the government appointed by Kabore had "completely failed".

It called for a "new team, whose prime task will be to defend territorial integrity and protect the public." 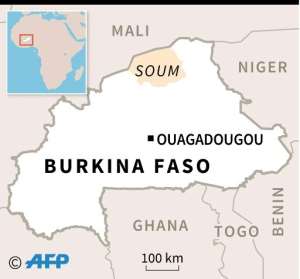 A former French colony that ranks among one of the poorest countries in the world, Burkina Faso has been struggling with an Islamist revolt since 2015, which began in the north but has since spread to the east, near the border with Togo and Benin.

Most of the attacks have been attributed to the Ansarul Islam group, which emerged near the Mali border in December 2016, and to the Group to Support Islam and Muslims (GSIM), which has sworn allegiance to Al-Qaeda in the Islamic Maghreb (AQIM).

Those groups are believed to have been responsible for around 500 deaths. Burkina's capital Ouagadougou has been attacked three times.

The source said the base was attacked Monday by "several dozen terrorists" who arrived aboard motorbikes and pickup trucks.

"It's clearly an attack that was well-prepared and coordinated by several terrorist groups. They fired heavy weapons, including rockets, which set fire to several installations, transport and weaponry," the source said. 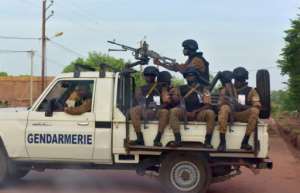 In March 2018, a jihadist attack on the military headquarters in Ouagadougou left eight dead.

Around 238,000 people have fled their homes, according to UN figures published on August 15.

The French Foreign Ministry said Tuesday it "strongly condemns the attack" on Koutougou, and "stands with the Burkinabe authorities to join them, at their request, in the fight against terrorism".

France has deployed 4,500 troops in Mali, Burkina Faso, Niger and Chad in a mission codenamed Barkhane to help local forces flush out jihadists.