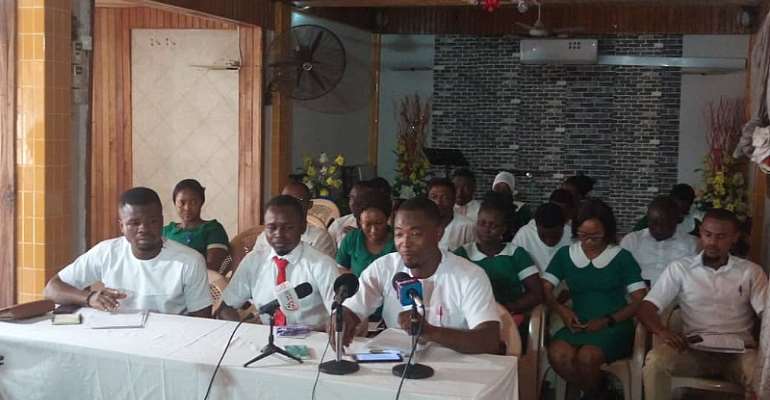 The Graduate Unemployed Nurses and Midwives Association (GUNMA) has given government 21-day ultimatum to release financial clearance for them to be posted or witness a nationwide demonstration.

According to the group, it has become necessary after several engagements with stakeholders to have them posted to the health facilities have failed to yield any meaningful result.

They say the Ministry of Health (MoH) in 2017 scrapped the allowances of nurses in their final year with assurance that they will gain immediate employment once they leave school in February 2018.

In addition, President Nana Addo Dankwa Akufo-Addo revealed during his State of the Nations Address (SONA) earlier this year that steps were being taken to obtain financial clearance to allow unemployed Nurses and Midwives recruited.

Till date, none of the promises have been delivered, leaving the graduate unemployed nurses and midwives frustrated.

Speaking at a press conference in Accra on Tuesday, August 20, 2019, President of GUNMA, Sugri Abdul-Rafiq has given the government a 21-day ultimate to oversee their posting or they will picket in all 16 regions of the country.

“We are therefore by this press release calling on the government to as a matter of urgency release financial clearance for this group of unemployed nurses who have gone through hell during and after their training within the next 21 days either than that we would be left with no option than to continue with our next line of action when the 21 days ultimatum elapses without a positive response from government”, he said.

He further stressed on the need for government to prioritize their demands as the number of unemployed nurses and midwives keep swelling.

President Sugri Abdul-Rafiq added, “We are not happy as a professional body that we always have to call ourselves unemployed before we are being posted, we are not happy we have to always hit the streets, sleep at the ministry and being beaten by security before being posted”.

Currently, the aggrieved unemployed nurses and midwives number over 41,000 with personnel possessing various qualifications (Certificates and Diploma), having completed their training between the periods of 2017-2018. 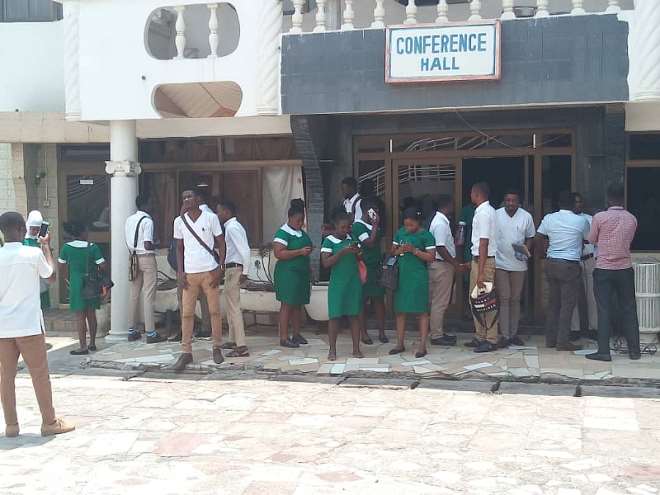