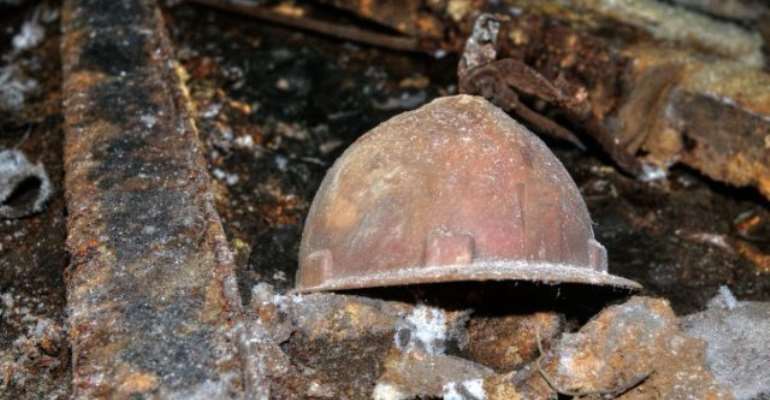 Just like playing a game of Chess with a Pigeon who knocks off all the pieces, shits on the board and struts around as though it won the game, Shaanxi Mining Ghana Limited(SMGHL), a Chinese company operating in the Upper East with a small scale mining license appears to be enjoying a supreme hand of protection from some unscrupulous government officials thus their blatant disregard for the laws of the land and their open display of impudence in impunity.

Investigations conducted by this reporter in the last fourteen months reveals that Shaanxi is a supposed mine support service company rendering support services to some two local small scale mining companies called Yenyeya and Pubortaaba Mining Group at Gbane within Talensi district in the Upper East.

Since Shaanxi signed contract with the above mentioned local entities in 2008 and began full-swing operations in 2009, Shaanxi has mostly featured in the media for a host of wrong reasons including trespassing on other miners’ concession, bad mining practices and ‘target blasting’ which has led to the deaths of some 31 people over the period of their operations on that concession. Their most recent ‘target blast’ killed 17 people in January this year alone with no compensation paid to victims’ family.

In a scandalous leaked tape in April this year, Shaanxi was also alleged to have bribed a judge in an ongoing case of trespass levelled against them by Cassius Mines and the subsequent attempt by a minister of state at the Jubilee House(Seat of Government) Mr. Rockson Bukari to cover-up or influence a journalist to drop that story was also exposed leading to the resignation of the said minister. The judge also subsequently recused himself from the matter in the face of the evidence.

However, in Ghana, small scale mining is the exclusive preserve of the indigenes and per the company code, to be a local company, you need to have at least 51% local content or shares. But in the contract between Shaanxi and Pubortaaba & Yenyeya Mining Group, Shaanxi has 93% whiles Pubortaaba & Yenyeya Mining Group whose Small Scale license the Chinese are using has 7%.

Also, in their contract, it clearly states that Pubortaaba and Yenyeya MUST NOT engage itself in any mining activity on the concession nor allow any person or organization to do same on the concession agreed upon. So the Chinese are actually the ones doing the small scale mining with license procured by Pubortaaba & Yenyeya. But the Ministry for Lands and Natural Resources(MLNR) and the Minerals Commission(MinComm) would rather defend the Chinese by saying they are just providing mine support services meanwhile they know the Chinese are the ones actually doing the mining because all official communications from these two state institutions in respect of the mining activities and incidences with regards to that concession had always been addressed to Shaanxi and never Pubortaaba & Yenyeya Mining Group, the official bearers of the ‘sold’ small scale license.

It is interesting to note that Shaanxi Mining Ghana Limited was the only Small Scale mining company in Ghana who was given ministerial authorization under the powerful hand of the then sector Minister John Peter Amewu to continue to mine when a whole government of Ghana had officially banned all forms of small scale mining and Galamsey in the country for two years.

Note that Shaanxi also commands a work force of about 600 hundred people according to their P.R.O Maxwell Wooma who confirmed this in a radio interview. Again, Shaanxi operates five deep-mine shafts on different locations outside their 50 acre concession and therefore this could obviously not be small scale mining but rather a large scale mining given their huge infrastructural investment and workforce except that they don’t have the large scale mining license and the MLNR and MinComm are aware of this.

Because of the nature of Shaanxi’s deep shaft mining, when they go underground, they veer into the concession of the indigenes and that is when the clashes occur as happened few months ago leading to the deaths of some 17 local miners. This clandestine operations of the Chinese at Gbane in the Talensi district had led to series of accusations of trespass and encroachment and in some instances resulting into clashes and arrests by the police.

In 2014, the Unique Mining Group(small scale) made official complaint to the Minerals Commission over Shaanxi’s trespassing on their concession upon which a team of investigators were constituted comprising of Technical and mining Inspectors from the Commission, one geologist and two surveyors from Unique Mining as well as the Chinese own five member technical team and it turned out that the Chinese(Shaanxi) has actually trespassed and entered 208.91 feet into Unique’s concession and yet the Commission did nothing about it in terms of Unique’s request for compensation.

On the ground, one could count at least 19 armed policemen and a police post on the Shaanxi’s site except that the regional police Commander COP Ayitey denied that the total number of men deployed at post over there is not up to 19 but also failed to give the exact number of policemen protecting Shaanxi in an interview with this reporter.

Is it therefore safe to say that Shaanix is perpetuating illegality with state support??