An Open Letter To The Minister For Education 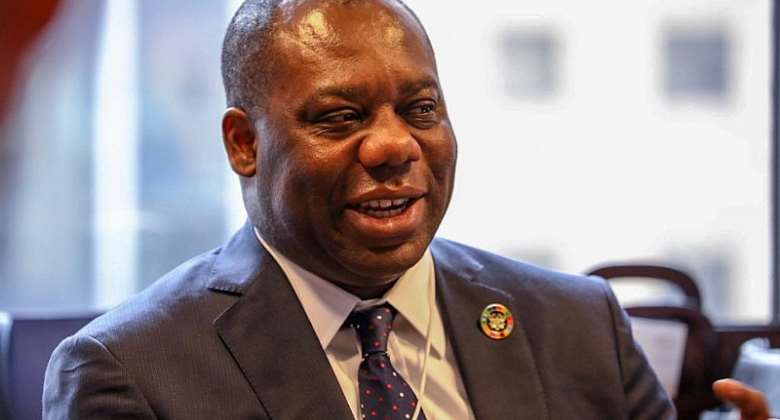 It is a great pleasure to write to you sharing my thoughts on certain happenings in the educational sector. As a concerned citizen who is not a spectator, there are certain things that you have closed your eyes to which I wish to draw your attention to.

I must confess that you have been embroiled in the task of tackling issues relating to our educational setup for which you have been entrusted to manage. I have watched you on several platforms fighting series of educational battles of intellection using logic as a tool. I have watched and read sharp, instructive and illuminating posts and pieces from you, you are worthy of the post sir. I applaud you for not allowing yourself to be frustrated even with the disparaging challenges that have marred the beauty of the Free Senior High School System.

I must say that I am impressed with your determination and dexterity, your never-say-die mantra is indeed working beyond the all-die-be-die tune.

Doc, as a young lad who has been cleaning the shoes of elderly but wise men in society, running errands for them whenever necessary and holding or supporting bowl of food for the elderly men to eat, I have at least learned how to talk to them with decorum and such will reflect in my letter to you.

Doc, My father in the village one time told me that, when a man fails to tap a warning from the whisper of the wind, the gods may speak to him through dreams. You know why? I am very disappointed with certain issues which you have mishandled probably because of overconfidence. Some of the decisions you took in your office alone and implemented on teachers for which reason you have been politically appointed leaves my jaws wagging in dismay.

NAPO, the recent GES compulsory SIC insurance policy lends credence to warrant this piece. We were all in this country when teachers from all walks of life witnessed an unannounced, indiscriminate deduction of Gh10.00 from their salaries.

This untoward, unsavory, non-consultative and daylight robbery did not witness the silence of those concerned. I personally got worried and enthused about this misdemeanor and consequently made a background follow ups to ascertain the veracity and genesis of this criminal act which is investigatable by the CID unit of the Ghana Police Service. I was shocked by the revelations I got from the SIC office.

I never blamed SIC for any deduction, it was GES and the teacher unions who failed as usual of them in their duties to send the alert down to teachers and non-teaching staff as agreed during their meeting. This act of callousness and carelessness is an epitome of betrayal which sends a strong signal that our leaders can never be trusted any bit. SIC maintains that, after the conference with GES and teacher unions, they wanted to carry out the sensitization exercise to brief teachers who are the core beneficiaries of the policy. Teacher unions and GES rubbished and aborted the decision by SIC and dropped a fast suggestion to under the sensitization task themselves.

Whether money was released by SIC for the sensitization and where it finally ended up I am yet waiting on Rev. Owusu Bempa to come out with his accurate prophecy. Unknowingly to SIC, they commenced the deductions last year June which witnessed a huge outcry by the teachers. This also indicates a point of failure and betrayal of trust of the GES and teacher Unions to the SIC.

I personally dose off my hat in praise of Ghanaian teachers for not hitting the streets or taking any legal action against our leaders about this maltreatment and disrespect. I am not by this preaching against the policy, but I am just belching out my indifference in the way and manner in which the whole thing was incongruously handled by our leaders. How do you and your management come to that conclusion? Have you not heard severally, that, one man's meat is another man's poison? If you tout the prospects of the said policy, what prevented you from engaging the teacher first?

I observed with disgust and revulsion the apparent inhumane treatment meted out to teachers across the country in the just ended five-day new curriculum training. The horrifying images from the various training centers flooding social media speak volumes to the rest of the world, how low we carry our educational sector. Finland, Tanzania and South Africa to mention a few, are icons in the realm of educational delivery not because of teachers higher take-home, but solely the upliftment of the profession to high esteem.

Permit me to make a sober reflection on; before, during and after the training, which will be grounded on the premise of incontrovertible evidence. Invitation to the training was issued to teachers laced with unmerited threats of losing salary for noncompliance, at a time GES is fully aware most teachers have traveled to their hometowns for vacation, and those on Sandwich programs engrossed with serious studies to upgrade their competence to return to the classroom.

Bearing all odds, the vulnerable teachers hastily returned to the prompt call of the GES to undertake the said training, only to be slapped with a week's postponement. The nationwide training finally kicked started, with massive attendance by these trainees, where some of them had to ride on an average of two to three hours to some centres to be trained on the said new curriculum.

Teachers were again pushed to the wall when served with all sort of unhealthy breakfast and lunch at a paltry amount of Gh¢8.00. I was shocked beyond recovery when these professionals who are the core determiners of our social standing were reduced to a level not worth mentioning in this piece. I was dismayed to have seen tied spoon-full porridge in polythene bags plus doughnuts as breakfast and a handful of kenkey with ground pepper also tied in polythene bags as supper.

Yet even GNAT and its cohorts refused to come to the defense of their members from these barbaric gimmicks. George Orwell in Animal Farm said ‘‘At times when you wish you were disappointed, you are disappointed that you were not disappointed.’’ I seriously wish those who partook in the training were not even served any meal.

As if that was not enough, GES tested the unending patience of their employees, by imposing a paltry GHC50 on them as an allowance for a five-day training. I'm glad some teachers turned down that peanut on obvious grounds of glaring disregard.

NAPO, how much is the minimum wage per day, and we are talking about five days here?

It is imperative to point out that, twenty-five years from now Ghana will be governed and manned by the youth; the very people who are under the hands of these teachers now, their knowledge, experience, and thought will decide the country's state of being, and surprisingly, these decisions will unequivocally be guided by the quality of education offered them; of which the teacher is the sole backbone, who will go to the class half-hearted. You don’t plant okro and expect to harvest yam.

As Albert Einstein said, "Learn from yesterday, live for today, hope for tomorrow". As a nation, do we actually have any hope for tomorrow, with our seemingly unpromising educational system?.

The least said about the quantum of arrears owed teachers the better. Teachers’ arrears have always been a political point for all political parties to romance with teachers just to gain political points. This arrears stuff is traceable to the Mahama led government who thinks that most teachers are ghosts and as such needed to do away with ghost names in the teaching profession and as such instituted a three-month pay policy with the rest to be validated and paid later. The NPP saw it as an advantage to win political votes; they promised more than what Jesus did and till date, just a little has been done about it.

NAPO, as a leader worthy of trust, the first thing you should have done is to expedite action to help release these arrears which is legitimately owed teachers which you never did. The teacher unions have been crawling through a long dark tunnel in trace of these arrears at the end of which they expect a shining light, but you made sure that this dreary tunnel is made dim without any iota of remorse.

This is concomitant destruction and a gradual derail and kills down of the interest of the classroom teacher on education who has always had the notion that ‘the teacher’s wages are in heaven’. The beauty, zeal, interest and the traditional archives of the teaching profession have been dumped in the pit and gutters for far too long.

Well, the value of an idea is measured by the consequences it produces when it is translated into action. We are all watching. It is remorseful to state that some of the leaders of Ghana are inebriated with arrogance permeated with vacuous righteous indignation that is permeated by pretentious intellectuality propped by parlous moral authority. They glorify and trespass in negativity amidst heavy salaries and allowances for no work done yet they blackmail the civil servant the teachers and other industrious workers and deny them what is due them. This country is moving nowhere.

NAPO, for the premature recall of the SHS students back to school without any bilateral agreement, I won’t comment. But be reminded that the gods of this land are closely watching you. And when they run out of patience and strike you off your position come 2020, go and sort it out with them.

’ I like the dreams of the future better than the history of the past. I do not shy from this dream, I welcome it.’ Thomas Jefferson

Best of regards to a growing hero, MUSAH SAPHIQUE, an intellectual of his caliber at one of the nation’s premier private Universities, VVU for your celestial contribution, you are the enigma of our days.