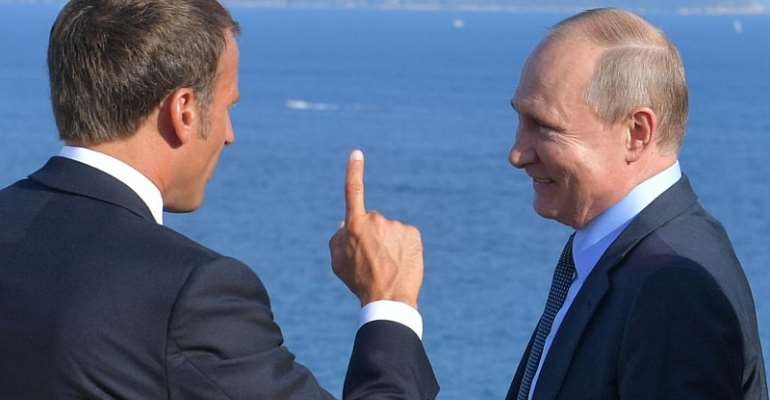 Days before France hosts the G7 summit, from which Russia will be absent, President Emmanuel Macron has locked horns with Vladimir Putin – who told him Moscow wouldn't allow Yellow Vest protests to spring up like they have in France.

The Russian president's comments were in response to a lecture Macron gave him on the principles of democracy during a joint press conference that preceded bilateral talks at the Fort de Bregançon on France's Mediterranean coast.

Macron reminded Putin, whose country has endured more than a month of weekly pro-democracy protests, of the importance of respecting "freedom of expression and opinion" and the freedom to participate in elections.

For more than a month, tens of thousands of Russians have taken to the streets in anger after opposition figures were blocked from standing in September's local elections.

Macron told the news conference that democratic freedoms “should be fully respected in Russia” as they would be “for any member of the Council of Europe".

Putin hit back saying the demonstrations were being handled in line with Russian law, adding that he would not like them escalate the way they had in France – where sometimes violent protests that began as a revolt again fuel tax increases quickly snowballed into a wider discontent against the government.

"We all know about the events linked to the so-called Yellow Vests during which, according to our calculations, 11 people were killed and 2,500 injured," Putin said.

"We wouldn't want such events to take place in the Russian capital and will do all we can to ensure our domestic political situation evolved strictly in the framework of the law."

In response, Macron told Putin he was “glad” the French protesters were able to express themselves freely, protest freely and go to elections freely.

In the run-up to the G7 in Biarritz, Paris has been eager to show Moscow it has not been ostracised despite being thrown out of the group of rich nations after it annexed Crimea from Ukraine in 2014.