Akufo-Addo Disappointed In Some SOEs 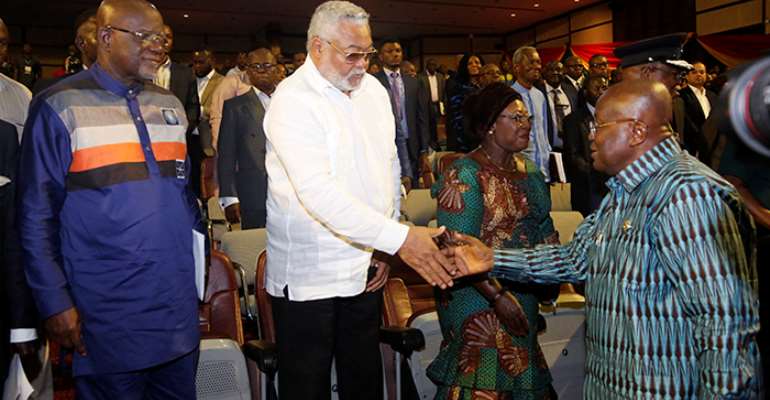 President Nana Akufo-Addo has expressed disappointment in the performance of some State Owned Enterprises (SOEs).

Even though he did not mention names of specific institutions, he said “poor governance, financial mismanagement and unfocused objectives have conspired to render these enterprises ineffective in their contributions to national development.”

The President expressed the reservation in Accra yesterday at the opening of the national conference on the implementation of the African Continental Free Trade Area (AfCFTA) agreement.

The conference is aimed at bringing together key stakeholders in Ghana to discuss national strategies and programme interventions to harness the benefits of the AfCFTA.

The President said the ineffectiveness of some of the SOEs resulted in the enactment of a law, ACT 9090 (2019) of the State Interests and Governance Authority (SIGA) which is going to replace “the discredited State Enterprises Commission and the Diverstiture Implementation Committee.”

SIGA is chaired by past President of the Employers Association (GEA), Terry Darko, with Stephen Asamoah Boateng as Director-General.

The President anticipated that these personalities would help infuse good private sector practices into the management of these public enterprises.

He charged other regulatory bodies such as the Bank of Ghana, the Registrar of Companies, the Securities and Exchange Commission, the National Insurance Commission, and the National Pension Regulatory Authority to see to the effective regulation and supervision of the entities within their remit, saying that “we have seen what the previous failure of regulation led to, in the banking sector.”

“It is essential that the regulatory bodies rise to the occasion and be up and doing in the discharge of their duties in order to promote discipline in the activities of the private sector,” he said.

President Akufo-Addo said the campaign for Ghana to win the bid to host the secretariat of the AfCFTA was a national one that involved two former Presidents, Jerry John Rawlings and John Agyekum Kufour; the Asantehene, Otumfuo Osei Tutu II, as well as many other eminent statesmen.

Minister for Trade and Industry, Alan Kwadwo Kyerematen, said he was looking forward to harvesting rich ideas and proposals from the three-day conference that would lead to the successful establishment of the AfCFTA secretariat in Ghana.

The three-day conference is expected to have eight different sessions that will, amongst other things, focus on putting the AfCFTA in context, the economic benefits to be derived for Ghana from the implementation of AfCFTA, analyze how the AfCFTA will contribute in practical terms to realizing the objectives of the African Union (AU) Agenda 2063, the SDGs and a Ghana Beyond Aid.

Other sessions will look at the operations of the AfCFTA in Ghana, discuss what actions are needed to develop and implement Ghana’s National Programme of Action for Boosting Intra-African Trade (BIAT), and explore ways of boosting employment opportunities for the youth, as well as enhancing the empowerment of women.