Are We Really Getting Tired Of Media Freedom? 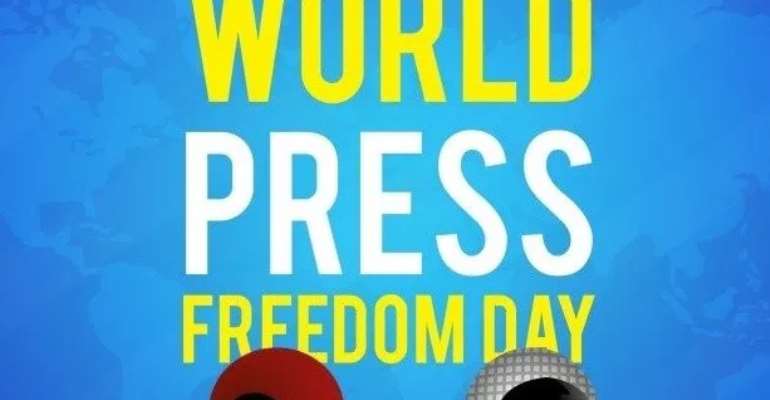 One of the most startling reports about the media in recent years was presented at the just ended World Press Freedom Day celebration in Addis Ababa, Ethiopia. The report, which is based on a survey carried out by Afrobarometer, suggests that the majority of Africans prefer government control of the media to an independent media.

Afrobarometer is a pan-African, nonpartisan survey research network that measures and reports on public attitudes and opinions on democracy and governance, the economy, civil society, human rights, and other topics. This report is the sixth of its Pan-African Profiles series based on recent public-opinion surveys in 34 African countries.

The findings show that media-freedom supporters are now outnumbered by those who believe governments should have the right to prevent publications they consider harmful. Among the key findings, the report shows that in 25 out of 31 countries tracked since 2011, support for an unfettered media declined. To put it more bluntly, the report shows that in more than half of surveyed countries, the majority of people want government censorship of the media.

More worryingly, the majority of Africans see that the greater freedom enjoyed by the media today is a problem instead of an opportunity. In Ghana, 57% of citizens want the government to control the media. While the report says that more Africans see the media's freedom to investigate and criticize government as increasing than declining, it also shows that “Africans are generally dissatisfied with the state of the media.” Of those who say freedom is increasing in their country, a majority (54%) support increased government regulations. An interesting finding of the report is that, countries where media freedom is on the decline support greater independence of the media.

The definite decline in support for free media is cause for alarm. If the results are accurate – and there is no reason to doubt this – it would suggest a radical shift in opinion over the past several years. This situation is rather baffling because for the past half-century, press freedom has been a rallying cries in the overall struggle for political and governance reforms in our country. Various studies have indicated that the state monopoly of the media was one of the main causes of violent conflicts in a number of African countries in the bad old days of the 1970s, '80s, and in some cases even to the present day.

The easing of government pressure on the media is one of the most visible indicators of democracy and inclusive government, not only in Africa but throughout the world. It is for this reason that Ghana has been lauded for its democratic credentials worldwide. At the moment, Ghana has the third-freest media in Africa, according to the latest ranking by Reporters without Borders. The assumption is that our media is free because citizens want it that way. But according to this report, 57% of Ghanaians want more government control of the media. What could account for this change of mind?

These have serious implications not only for the media but for the entirety of governance systems in Africa. Since the 1980s, democracy has been the rallying cry of Africans who have sought to escape from military and strongman dictatorships that ruled in most African countries. Central to that agitation was press freedom. Studies have shown that monopoly of media resources by governments have been one of the major causes of violent conflicts, including civil wars in Africa.

The UNESCO Conference on Independent and Pluralistic Media in Africa held in Windhoek in 1991, which produced the famous Windhoek Declaration, was itself a product of the agitation for democracy and governance reforms in Africa. All over the world, one of the main indices for measuring democracy and/or good governance is the freedom of the media. On the other hand, authoritarian rule has as one of its main characteristics, state monopoly of the media and suppression of freedom of speech. Are we to accept that in the third decade of democratic reforms in many African countries, the people are rejecting democracy in favour of authoritarian rule?

It is difficult to see any circumstances under which citizens of African countries would willingly return to dictatorship and military rule if they have a choice. However, in essence, this is what the report is saying. So what is going on?

The first situation that comes to mind is that democracy itself has failed the majority of Africans, if we accept that democracy and media freedom are inseparable concomitants of each other.

A key phrase of the struggle for democracy in the 1970s and '80s in Ghana and elsewhere was “democratic dividend.” By this, it was hoped and widely expected that democracy would yield more than elections, Parliament, and the other trappings of good governance. We expected democracy to lead to more equality, less corruption, better management of the environment, and good government.

Today, the reality is different. By every index, corruption has soared. Very soon we will be observing the 40th anniversary of the June 4 Uprising. An inevitable question would be: If people were executed for corruption, what do we have now? There is now more inequality than we ever had in this country. It is no better in other African countries. People now even speak with fondness of the bad old times, recalling the discipline and order of life under dictatorships. Is it any wonder that they would also recall the time of government control of the media with nostalgia?

Who owns the media?

One of the key features in pre-democracy governance was the almost complete government monopoly of the media. In Ghana, broadcasting was owned and controlled by the government and run as subsidiary arms of the Ministry of Information. In Ghana, the Constitution has seemingly divested the government of its direct interests in the running of the media, but this is not as complete as the Constitution envisaged. Some of us have argued that the very presence of the Ministry of Information means that the government apparatus for controlling the media is intact and has to find useful work to do!

The 1992 Constitution opened the door for private ownership of broadcasting and other media, and the result has been overwhelming and perhaps not as expected. Media ownership has severely undermined the independence of the media to a point where the concept itself is meaningless in practice. In broadcasting, especially radio, owners have invested purely and narrowly for their specific interests. Owners are typically politicians, preachers, or manufacturers who want to sell their products directly to the public. It would be difficult to find anyone among them who is an avid supporter of media freedom. Especially politician media owners have shown that they are incapable of placing the national interest before their sectarian political interests.

It appears to me that far from Africans getting tired of media freedom, it is the media that has mishandled its freedom. This is what happens when freedom comes without responsibility. What we need to do is to create a media governance architecture that guides the conduct of the media in the direction of the public interest. Ultimately, the diffusion of information and media outputs in popular and democratic outlets, including social media, places the responsibility on every citizen to ensure that the media and media institutions work in the public interest. We shall return to this matter. …

The author is a consultant in media, culture, and communication. He is immediate past chairman of the National Media Commission of Ghana and immediate past president of the African Communication Regulators Network.